The Souls of White Folk Pt. 3: A Community Discussion on the Archetypal Roots of the Trauma of Racism in America

The Souls of White Folk Pt. 3: A Community Discussion on the Archetypal Roots of the Trauma of Racism in America 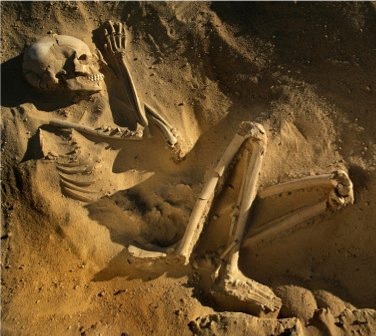 "Together the patient and I address ourselves to the 2,000,000-year-old man that is in all of us. In the last analysis, most of our difficulties come from losing contact with our instincts,
with the age-old unforgotten wisdom stored up in us. And where do we make contact with this old man in us? In our dreams" – C. G. Jung (1978/1953, p. 76)

What causes so-called civilized people to fear the ‘other’? To label those outside of their cultural milieu as ‘barbarian’ or ‘savage’? In our last post, we discussed the idea of a cultural shadow complex that included a fear of the so-called ‘savage.’ We suggested that it was this shadow complex that early Western travelers and explorers projected onto the indigenous peoples of Africa and the Americas they encountered. Their fear of the unknown manifested in the labeling of those they encountered as ‘barbarian’, or ‘savage’, and ultimately fueled fear, hatred, and racism, fears that still exist in contemporary American culture. In a recent work on the topic of the idea of the ‘savage’, entitled Savage Anxieties, Native American rights advocate Robert Williams (2012) surveys three thousand years of Western civilization, from Homer to contemporary legal opinions, outlining this tendency to fear the other as ‘savage’ and how this fear continues to exist in modern people. 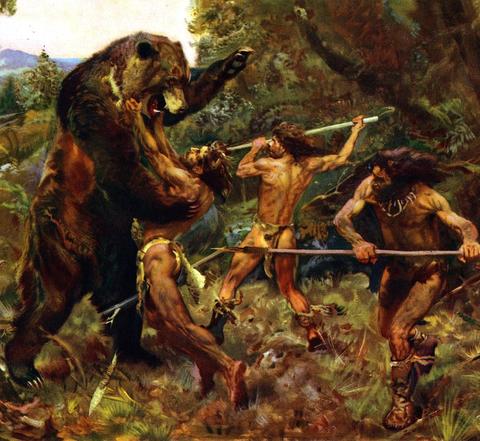 Of course, from a developmental point of view, it was essential for humans to develop culture, laws, customs, and practices that differentiated them from their ancient past in which survival was all. With the development of agriculture came the possibility of survival on a much more widespread and dependable level. These revolutionary changes brought with them advances in culture and specialization. Trades, crafts, and skills of various types were developed. The concept of wealth and the hoarding of grains and other goods became possible on a scale never before imagined. The fear of regressing back to an earlier phase of human development was perhaps natural, and was vigorously guarded against. Thus, the natural, instinctual human nature that had guided humans for millions of years was pushed further and further into the background, and into the unconscious.

Prior to this phase of human development, for literally millions of years, humans lived in small groups of hunter-gatherers, usually made up of 25 to 50 people. The lions share of our evolutionary development, what Jungian Anthony Stevens (2002) has called our “archetypal endowment”, occurred during this period. As Stevens describes it,

“The archetypal endowment with which each of us is born presupposes the natural life-cycle of our species—being mothered, exploring the environment, playing in the peer group, adolescence, being initiated, establishing a place in the social hierarchy, courting, marrying, childrearing, hunting, gathering, fighting, participating in religious rituals, assuming the social responsibilities of advanced maturity, and preparation for death” (p. 45).

The sum total of this archetypal endowment is what Jung (1976) has oft been quoted as calling “…the  2,000,000-year-old man that is in all of us” (p. 76). Throughout this period, all aspects of human life were regulated by myths, stories, ritual, and many practices that are all but lost to contemporary human culture. 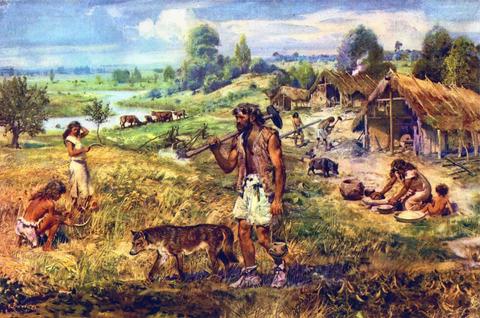 For contemporary people, fear of the so-called ‘savage’ often runs parallel to the fear of regressing back to the 2,000,000-year-old in each of us that Jung speaks of. Although fear of regression can be healthy for those who are only beginning to differentiate consciousness and culture onto a higher level, if such differentiation continues unchecked it amounts to dissociation and neurosis. This is true for the individual and for culture. As Jung (1958) has said, “Ultimately, every individual life is at the same time the eternal life of the species” (p.89).

From the point of view of Depth Psychology, regression is not always a step backwards. The past is always present, and if one wants to move toward consciousness, an apparently regressive movement into the darkness is often necessary. Just as the hero must go into the darkness in order to retrieve the treasure, so must contemporary people examine the past and integrate it into consciousness. As Jung has said,

From this point of view it is essential to re-integrate into consciousness the archetypal endowment represented by Jung’s idea of the 2,000,000-year-old Self. In fact, failure to meet the needs of our archetypal endowment results in what Stevens calls the frustration of archetypal intent. Much of modern society fails to support and nurture this inborn and age-old archetypal intent, resulting in a plague in the contemporary world of alienation, depression, violence, and widespread discontent.

I suggest that it is the spiritual work of all contemporary people to begin to heal the spiritual crisis of the cultural trauma of racism. This healing process will involve taking back our projections and recognizing the historical sufferings that such projections have caused. A part of this healing process will involve the moral challenge of integrating the shadow on both individual and cultural levels, grieving the losses that inevitably come to light as a result of such shadow work, and consciously addressing the 2,000,000-year-old person in each of us. Accessing this “age-old unforgotten wisdom stored up in us” can be an important step in our healing process. Integrating the cultural shadow means recognizing the horrific cultural traumas that have been generated by racism historically, as well as in the contemporary world. The archetypal aspects of the cultural traumas of genocide, kidnapping, murder, the dehumanization implicit in the institution of slavery, and more, will be discussed in our next post.

Stevens, A. (2002). Archetype Revisited: An Updated Natural History of the Self. New York, NY: Harper Collins.