The Souls of White Folk Pt. 4: A Community Discussion on the Archetypal Roots of the Trauma of Racism in America

The Souls of White Folk Pt. 4: A Community Discussion on the Archetypal Roots of the Trauma of Racism in America 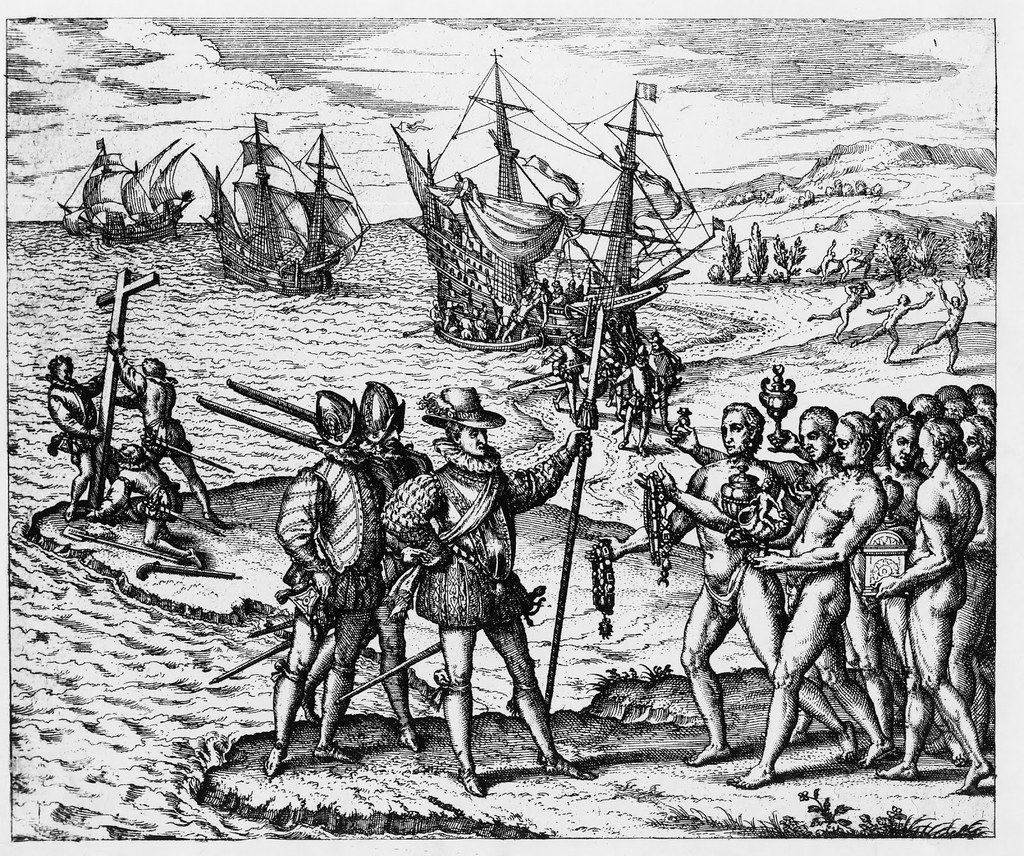 "…[T]hey are so artless and free with all they possess, that no one would believe it without having seen it. Of anything they have, if you ask them for it, they never say no; rather they invite the person to share it, and give as much as if they were giving their hearts; and whether the thing be of value or of small price, at once they are content with whatever little thing of whatever kind may be given to them." – Christopher Columbus describing the natives of Hispaniola, 1492 (quoted in Stannard, 1992, p. 63).

“Once the Indians were in the woods, the next step was to form squadrons and pursue them, and whenever the Spaniards found them, they pitilessly slaughtered everyone like sheep in a corral. It was a general rule among Spaniards to be cruel; not just cruel, but extraordinarily cruel, so that harsh and bitter treatment would prevent Indians from daring to think of themselves as human beings or having a minute to think at all. So they would cut an Indian’s hands and leave them dangling by a shred of skin saying, ‘Go now, spread the news to your chiefs.’” – Bartolome de Las Casas, Spanish missionary who accompanied Columbus on his second voyage, 1495 (quoted in Stannard, 1992, p. 70).

How does one recover from centuries of trauma? The history of the Americas is so steeped in trauma that it is impossible for us to grasp its enormity. The depth and breadth of human suffering upon which our culture has been built is so colossal that the heart and mind deaden before one is able to fully grasp its historical reality. The land upon which each of us lives, and the economy within which we sustain ourselves, are built upon a legacy of theft, torture, murder, and unthinkable levels of human suffering. 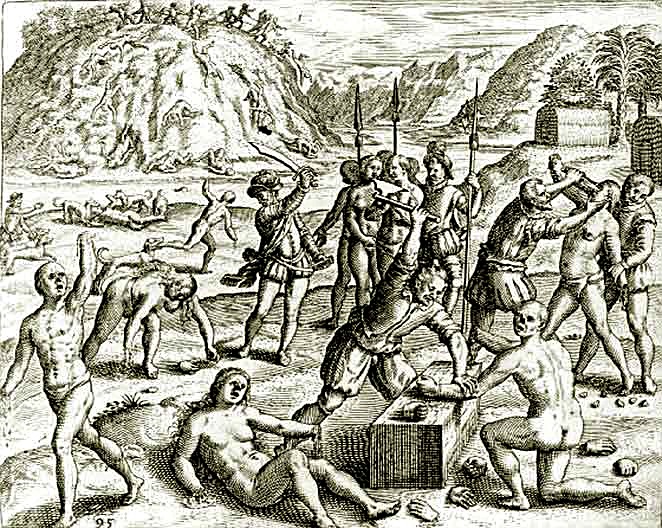 According to author and scholar Ward Churchill (2004), in 1500 there were an estimated 12 million Native Americans living in North America. By 1900 there were barely 237,000. Whether this reduction in number was the result of genocide or simply an inevitable ‘clash of cultures’ remains a hotly debated issue among contemporary scholars. It matters little to the survivors of trauma what the cause; the wounds remain equally devastating.

Americans often speak with pride of how quickly their young nation grew and the astonishing entrepreneurial spirit of early Americans. It is seldom mentioned that virtually every American business was built on stolen land and the entire economy fueled by free labor, thanks to the more than 10 million Africans who were kidnapped and brought to the continent for just that purpose. In his book The Half Has Not Been Told: Slavery and the Making of American Capitalism, Edward Baptist (2014) argues that the American economy was not only boosted by free labor, but that it was further enriched by the violent inducement of the labor force to work harder, and by the human trafficking itself which fueled the institution. Again, the exact details and their interpretation matter little to the survivors of trauma. 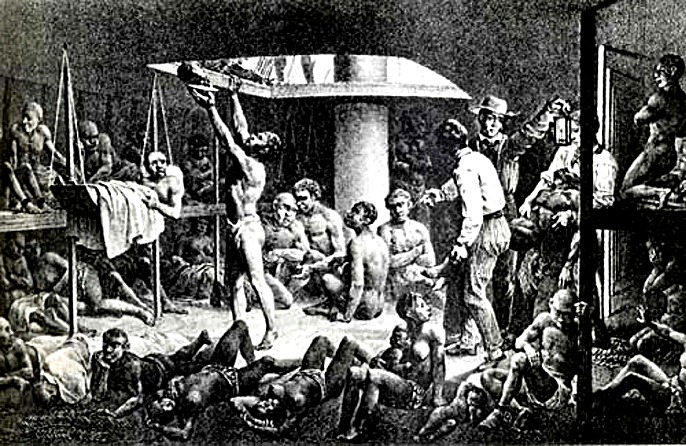 According the University of Houston Digital History archive, the Middle-Passage (2014) alone accounted for the loss of literally millions of lives, and untold trauma.

“The trans-Atlantic slave trade was the largest movement of people in history. Between 10 and 15 million Africans were forcibly transported across the Atlantic between 1500 and 1900. But this figure grossly understates the actual number of Africans enslaved, killed, or displaced as a result of the slave trade. At least 2 million Africans--10 to 15 percent--died during the infamous "Middle Passage" across the Atlantic. Another 15 to 30 percent died during the march to or confinement along the coast. Altogether, for every 100 slaves who reached the New World, another 40 had died in Africa or during the Middle Passage.”

A staggering moral cost for the development of a vibrant young economy.

When we begin to speak in such large numbers it becomes difficult to comprehend such a massive level of collective suffering, even when its cause is so painfully evident. Attempting to hold the combined ideas of “Between 10 and 15 million Africans…” kidnapped and forced into labor, an estimated 2 million Africans dying while being transported against their wills across the Atlantic, and an estimated 10 million (or more) Native Americans vanishing over the course of four centuries, can be overwhelming. As historian David Stannard (1992) puts it, one needs to “…keep in mind the treasure of a single life in order to avoid becoming emotionally anesthetized by the sheer force of such overwhelming human evil and destruction” (p. xi). Such concerns are present whenever one encounters trauma, but how much more so when the trauma occurs on such a monumental cultural scale? 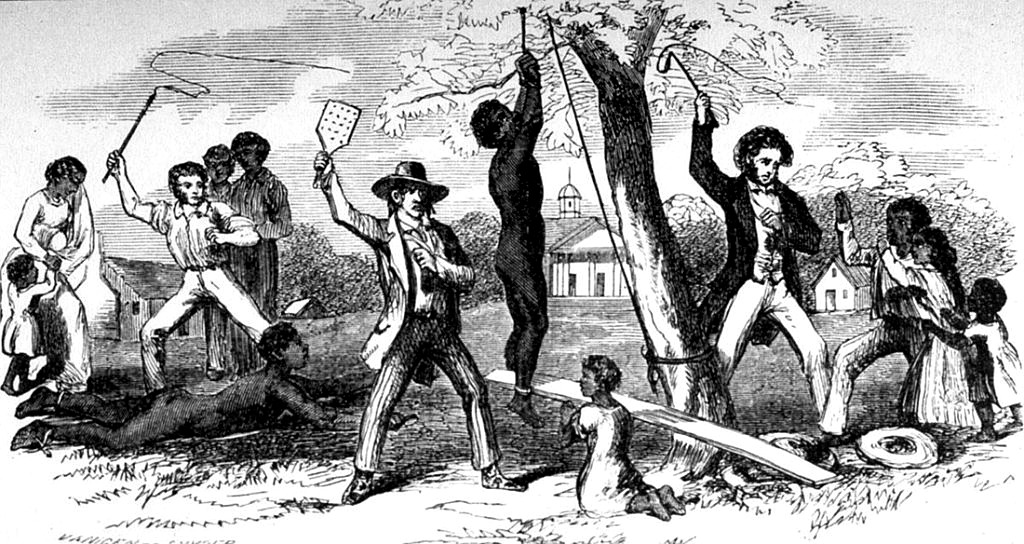 Yet this is exactly what lies at the core of the cultural shadow complex discussed in previous blogs. Whether forgotten, avoided, repressed or simply pushed aside, our cultural shadow still festers with centuries of unresolved trauma. Millions upon millions of deaths, of tortured men, women, and children, and a legacy of utter cultural abandonment. Such massive trauma amounts to a cultural encounter with evil. For these reasons I claim that racism is a spiritual crisis. All of these horrors and traumas are rooted in racist beliefs and convictions, and such an encounter with transpersonal evil cannot be assimilated by any culture, much less by any individual. Only a spiritual response can adequately address trauma and evil. 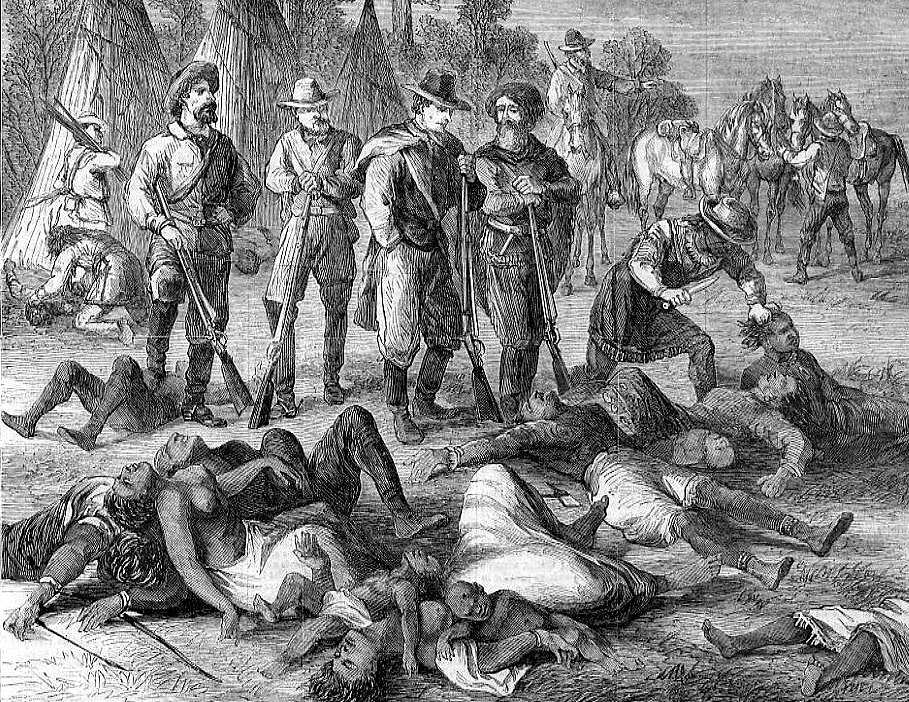 I say spiritual response because an encounter with evil on this level can only be experienced archetypally, and archetypes are always the realm of the transpersonal, the realm of the Gods. Seen in this light, the millions of deaths, the massive trauma and suffering that have given birth to our culture can be seen as a massive, unconscious human sacrifice. According to Jeffrey Carter (2006), sacrifice is a category of religious ritual. As he says,

“The Latin word sacrificium, derived from sacer, “holy,” and facere, “to make,” is the etymological basis for the word “sacrifice.” These roots imply that sacrifice is in fact a process of sanctification, a means by which to consecrate something” (p. 2-3).

Such a massive, unconscious sacrifice must be brought into consciousness if it is ever to be experienced as redemptive. It must be brought into conscious, deliberate relationship with the sacred. An unconscious encounter with such a horrific legacy of transpersonal evil can only be remedied by an equal or, preferably, greater measure of consciously experienced transpersonal good. Whatever one’s idea of the sacred, whatever one’s idea of the greatest transpersonal good, it is this which must be invoked if we ever hope to heal individually and collectively from the encounter with evil that must be endured if we are effectively to face our collective cultural shadow complex. Possible methods and solutions for facing the trauma of our collective cultural shadow complex will be the subject of our next blog, the final entry in this series, prior to our upcoming community event (see below). I hope you’ll join us!

Baptist, E. (2014). The Half Has Not Been Told: Slavery and the Making of American Capitalism. New York, NY: Basic Books.

Churchill, W. (2004). A Little Matter of Genocide: Holocaust and Denial in the Americas 1492 to the Present. San Francisco, CA: City Lights Books.

Thanks for your response. It is a disappointing fact, and one of the reasons for this panel, that our board, the Alliance, and Depth Psychology in general all lack the kind of broad diversity that we would like to see. Exactly why that is would probably deserve several hours of panel discussion all by itself. Our hope is simply to open up a discussion on racism and cultural diversity from a Depth Psychology perspective. Dr. King observed that the movement appreciated help from “…concerned people of goodwill…” and if nothing else, we can at least try to carry that spirit into the work of the Alliance.

I’m glad you’ll be joining us!

Comment by Mindy Laczynski on November 23, 2015 at 6:28pm
I applaud you bringing this topic to the forefront of this community. I also thank all involved on the panel for their dedication and courage in participating in the discussion. I am left feeling disheartened however to see that the cultures and ethnicities that have suffered these oppressions and traumas for many generations are left grossly underrepresented on the panel of this discussion. I think this could easily be construed as a microaggression to have "white folk" doing all the talking. I have had colleagues speak of the pain of being the "token" minority in such professional discussions. It is clear there is a real desire for this to facilitate healing, and I thank you. I believe that takes all voices participating. Looking forward to the discussion.