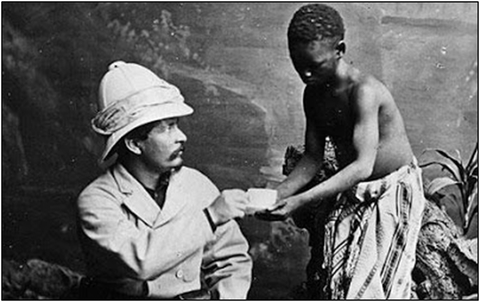 Savage and Civilized: Which is Which?

SAVAGISM, n. The state of rude uncivilized men; the state of men in their native wildness and rudeness.   – Noah Webster, An American Dictionary of the English Language, 1828 (Pearce, 1988).

What can we safely say are the archetypal roots of the trauma of racism in America? For that matter, what are archetypes, and why should they matter in a discussion of the trauma of racism in America? As mentioned in the first post in this series (Click here for part one), in the traditional idea of American Exceptionalism, juxtaposed with the historical facts of the genocide of native people and the enslavement of kidnapped Africans, one can discern what a Jungian might call a cultural shadow complex. Depth psychologist Carl Jung claimed that at the root of a complex one would, as a rule, find an archetype. Generally speaking, an archetype is a basic, unconscious pattern in the psyche, or the tendency to form representations of such basic, unconscious patterns (Jung, 1964, p.67).

To say that there is a cultural shadow complex at the root of the trauma of racism in America is to combine the idea of a cultural complex (Kimbles, 2000) with Jung’s idea of the shadow (Jung, 1959), or to combine that idea with the idea that there is a significant portion of one’s own personal history that one is reluctant to face, the part of one’s history which one pushes into the personal unconscious, or represses. For Jung,

One characteristic of archetypes that Jung has noted is that they always appear in dual aspects: positive and negative, good and evil, black and white. Anthropologists and historians have long pointed out that a similar binary pair can be found at the root of the trauma of racism in America, that of ‘savage’ and ‘civilized’ (Pearce, 1988; Jennings, 1975; Baker, 1998). Anthropologist Lee Baker claims that this binary pairing of ‘savage’ and ‘civilized’ is a later formulation of the earlier binary pairing of the ideas of ‘saved’ and ‘damned’. The earlier formulation claimed religious authority, the latter – appearing at the dawning of the enlightenment – claims ‘scientific’ authority. 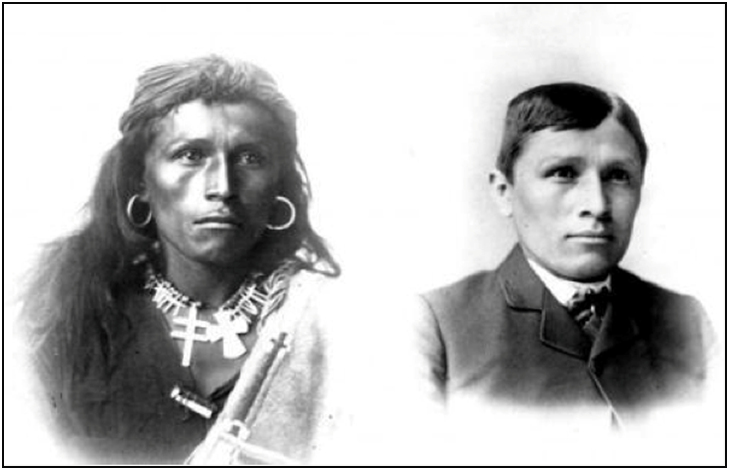 Early explorers (beginning with Columbus) and early immigrants to the Americas  justified their treatment of the Native peoples that they encountered by claiming that the natives were ‘savages’ and that they were being ‘civilized’ by their encounters with white Europeans. Slave traders and those who built their early American labor forces with kidnapped Africans likewise justified their treatment of those in their charge by claiming that the Africans were ‘savages’ and were being benefited by their exposure to civilization and Christianity. One report has it that some early Native Americans were skeptical about the moral superiority of the ‘Christians’ they encountered when they observed the treatment of slaves in the newly formed European colonies in the New World. When a group of missionaries tried to convince a group of natives of the Delaware Nation to join them and convert to European ways, the natives were reluctant, due to the way they saw Americans treating people with dark skin. It was reported that:

"They [the Delaware Native Americans] therefore had determined to wait, to see whether all the black people amongst us were thus made happy and joyful before they would put confidence in our promises; for they thought a people who had suffered so much and so long by our means, should be entitled to our first attention; and therefore they sent back the two missionaries, with many thanks, promising that when they saw the black people among us restored to freedom and happiness, they would gladly receive our missionaries” (quoted in Katz, 1986).

It becomes clear on closer examination that the claims of those who wished to see themselves as ‘civilized’ and morally superior to the ‘savages’ that they encountered were still struggling with their own ‘savage’ natures and projecting their own repressed barbarism onto the people over whom they claimed superiority. When challenged with how to cope with these encounters, they simply became more barbarous and savage than those whom they had labeled as such. This is classic symptomatology of the shadow complex. As anthropologist and historian Roy Harvey Pearce (1988) puts it, it was important “…for civilized men to believe that in the savage and his destiny there was manifest all they had long grown away from and yet still had to overcome” (p. xvii). This projective identification thrust by so-called ‘civilized men’ onto so-called ‘savages’ inspires one to ask: “Which one here is the savage?” 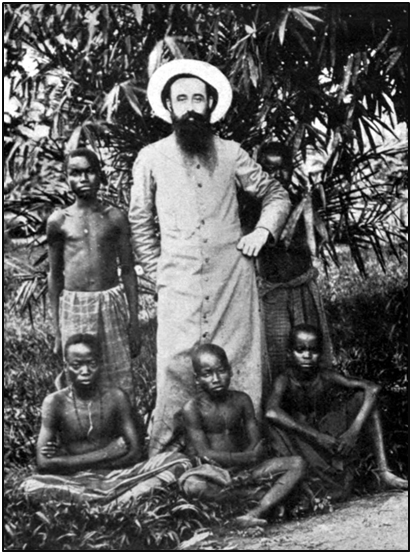 It seems that at the core of this issue there lies a fear of what ‘civilized man’ still has to overcome; a fear of the deeper aspects of human nature that these so-called ‘civilized men’ saw in, that is, projected onto, the native people of Africa and the Americas. The association of these fears with and their projection onto people of color seem to me to be essential elements of the archetypal roots of racism in America. How these fears relate to what Jungian Anthony Stevens (1982) calls our ‘archetypal endowment’ and what Jung (1978) calls “…the 2,000,000-year-old man that is in all of us” (p. 76), will be the topic of our next post. This will be followed by posts on archetypal aspects of cultural trauma and the healing of cultural trauma (Click here for part three in this series - Click here for part one in this series)

______________________________
James Newell, Ph.D. is an educator, coach/counselor, performing songwriter, and board member of the Depth Psychology Alliance. James teaches mainstream religious studies courses online for Central Michigan University and several other schools. James also holds master’s degree in counseling and theology from Vanderbilt Divinity School. James’ counseling orientation is Jungian, and his goal is to educate and empower others to do their own depth work, individually and collectively. James continues to pursue his own artistic passion through music, having begun his musical career working with such legendary musicians as John Lee Hooker, James Cotton, Jr. Wells, Big Joe Turner, and others.

Jung, Carl (1979/1959). Aion: Researches into the Phenomenology of the Self. Princeton, NJ: Princeton University Press.

Pearce, R. (1988). Savagism and Civilization: A Study of the Indian and the American Mind. Los Angeles, CA: University of California Press.

Reminding everyone they can register to attend the free online panel and community conversation at http://www.depthpsychologyalliance.com/events/the-souls-of-white-folk

Marvelous work on this critical subject James. So under explored, and freshly storied for us here. Thank you for sharing these insights and unpacking the complex. I am definitely feeling worked by the material and look forward to your next installment.