The Souls of White Folk Pt. 1: A Community Discussion on the Archetypal Roots of the Trauma of Racism in America 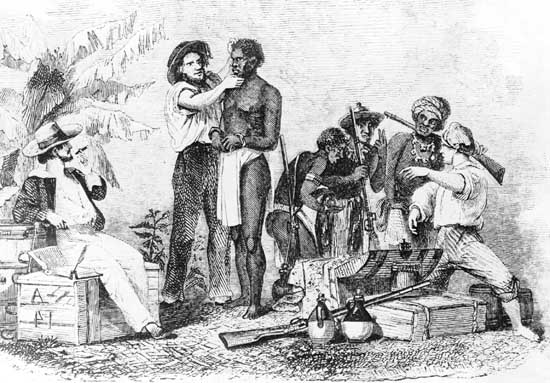 The history of the American Negro is the history of this strife,—this longing to attain self-conscious manhood, to merge his double self into a better and truer self. In this merging he wishes neither of the older selves to be lost. He would not Africanize America, for America has too much to teach the world and Africa. He would not bleach his Negro soul in a flood of white Americanism, for he knows that Negro blood has a message for the world. He simply wishes to make it possible for a man to be both a Negro and an American, without being cursed and spit upon by his fellows, without having the doors of opportunity closed roughly in his face.

The topic of race and racism in America has become a hot button issue in popular culture. However, rarely if ever has this topic been discussed from a Depth Psychology perspective. When viewed from this perspective, and on a collective level, it quickly becomes clear that this is one of the most important spiritual challenges we face as a culture today.  I stress that this is a spiritual challenge because we have tended historically to look to cultural institutions for answers to such challenges. We seek material, social, and political solutions to help us with what is, at root, a spiritual crisis.

It is well known that the impact of discrimination based on racist thoughts and beliefs has had devastating consequences upon diverse populations for centuries. However, members of the dominant culture, those who self-identify and who are identified through the lens of cultural norms and institutions as ‘white,’ have not escaped the spiritual consequences of living in a culture built upon centuries of racism. It is my thesis that our most virulent cultural challenges today – gun violence, income inequality, environmental disaster, mass incarceration, unbridled materialism, and more – are rooted, economically and ideologically, in the historical facts of the genocide of native people and the enslavement of kidnapped Africans. In both cases racial considerations were in  the forefront and the pursuit of profit marginalized any humanitarian considerations.

The emphasis of Depth Psychology is to look for networks of patterns of thought, emotion, and behavior that are not consciously directed. Jungians call these patterns ‘complexes’. Once these patterns, or complexes, are identified consciously, the idea is to begin to heal the root causes and by so doing alter behaviors that do not serve to enhance life. Traditionally, this process is engaged in between two people: the therapist (analyst) and the client. Jungian analyst Samuel Kimbles (2000) has suggested that such unconscious patterns can also be identified in cultural groups, as what he calls ‘cultural complexes.’

When one looks closely at the traditional idea of American Exceptionalism, juxtaposed with the historical facts previously mentioned (the genocide of native people and the enslavement of kidnapped Africans), one can discern what a Jungian might call a cultural shadow complex. That is to say, a history of repressed trauma that has never been adequately addressed on a broad cultural level permeates all aspects of American life. The traumatic cultural memory of these horrific crimes against humanity carries with it a moral imperative to heal. Thus, the work of healing these deep cultural wounds is spiritual work. It seems clear to me that recognizing, owning, and grieving the consequences of our cultural shadow complex is the spiritual work of white people in America. The spiritual growth, and the very souls of white people in America, and the future of all Americans, hang in the balance. If approached seriously, and as a spiritual exercise, this process of grieving our history of violence and discrimination might also have a healing impact on contemporary victims of the trauma of racism, especially Native American people and African Americans, and may ultimately provide a basis for uniting us spiritually and ideologically around shared grief and trauma. (Click here for part two in this series)

Read Part 2 of this Blog: Savage and Civilized: Which is Which?

______________________________
James Newell, Ph.D. is an educator, coach/counselor, performing songwriter, and board member of the Depth Psychology Alliance. James teaches mainstream religious studies courses online for Central Michigan University and several other schools. James also holds a master’s degree in counseling and theology from Vanderbilt Divinity School. James’ counseling orientation is Jungian, and his goal is to educate and empower others to do their own depth work, individually and collectively. James continues to pursue his artistic passion through music, having begun his musical career working with such legendary musicians as John Lee Hooker, James Cotton, Jr. Wells, Big Joe Turner, and others.

Yes, definitely. Thanks for your input, I hope you can join us!

I do trust and hope that this archetypal perspective mentions the universal qualities of racism,genocide, exceptionalism, discrimination and all that accompanies those patterns of soul-making. This/these is/are not just a white American phenomenon/a. These have been exercised by humans, and continue to be practiced by humans on every continent. And we must remember that seeing the telic dynamic of such patterns is just as important as healing root causes. The bumps and obstacles provide a kind of spiritual isometrics as well as bruises and victims. Too much rear view mirror psychology places us under the victims shadow of Dr. Freud and away from the purposeful light of Dr. Jung. =-) Much success in the endeavor!