I took a trip to Istanbul soon after I finished my coursework for grad school. The first thing on my list of things to do was to visit Hagia Sophia. All I knew about it was that it was that it was a church. I was thrilled that I was going to see a historical building associated with Sophia, who was a main character in my dissertation. I couldn’t wait to get inside the church to see all the symbolism around Her. Much to my surprise when the country was invaded they installed Islamic images, the Christian ones were minimal. Sophia wasn’t there the way I thought she would be.

Last winter we visited the San Antonio missions in Texas. We walked into the church across from the Alamo on the eve of Christmas Eve and the pipe organist was playing a soul-stirring version of Christ is Born that made my hair stand on end. We sat for a while listening to the music and watching the steady stream of people exploring the church with all of its holiday decorations. Eventually we got up to leave and exited through a side door. We walked toward the road that went behind the church and just as we prepared to cross the street I heard a man call from behind us, “Senorita, Senorita! Wait!” I turned around as he steered the woman behind me toward an opening in a high wall behind the church.

Something compelled me to follow them into the garden and without a thought I did. There on the outside of the church, concealed behind high walls, was a towering statue of what the Mexicans call the Virgin of Guadalupe.

I was astonished to see this huge statue of the Virgin of Guadalupe hidden behind the high walls of the garden and tucked away behind the church. Then I had another synchronistic experience with her the very next day.

It was Christmas Eve when we went to the Mission of the Immaculate Conception. The curator and park ranger walked up to us as we sat outside looking at the map to see how far the next mission was. They asked if we needed any help. We chatted amicably for a few moments and then I asked, “Who do you think the woman is on the altar?” It wasn’t the traditional Virgin Mary we see in typical Christian depictions, but the Virgin of Guadalupe image. The Mexican-American ranger responded, the Virgin of Guadalupe is the Virgin Mary.

In Revelation 12:2 it says, “And a great portent appeared in heaven, a woman clothed with the sun, with the moon under her feet, and on her head a crown of twelve stars; she was with child and she cried out in her pangs of birth. In anguish for the delivery.”

The woman in Revelation was pursued by a red dragon and God prepared a place for her in the wilderness and gave her wings to fly away from the dragon. She is to be nourished in the wilderness for a “time, and times, and half a time.” (Rev. 12:13)

A young girl of about eight walked up to us as I spoke with the curator and park ranger at the Concepcion Mission. She placed her hand on the curator’s back, moved her to the side, and walked right through the center of our group. We were standing outside and there wasn’t anyone else on the grounds except for us, this girl, and her family. As she walked through the center of our small circle, her mother called out to her, “Sophia! What are you doing?” Her mother walked up apologizing, until I explained to her that we had been talking about Sophia at the exact moment her daughter walked up. She was astonished to say the least. We all were.

The latest was the Cathedral Basilica of Saints Peter and Paul, which is the Mother church of the archdiocese of Philadelphia. A nun was inspired to have bronze statue of the Virgin of Guadalupe made as a site for prayer. It is located in the front of the church to the left of the altar.

I have typically seen these Virgin of Guadalupe statues in areas saturated with those of Mexican descent. This is the first time I have seen this statue in the northeast, which seems unusual. This is the prayer that is near the statue:

Know for certain that I am the perfect and perpetual Virgin Mary, Mother of the True God. …Here I will show and offer all my life, my compassion, my help and my protection to the people. I am your merciful Mother, the Mother of all those who have confidence in me. Here I will hear their weeping and their sorrows and will remedy and alleviate their suffering, necessities and misfortunes. …Listen and let it penetrate into your heart. …Do not be troubled or weighed down with grief. Do not fear any illness or vexation, anxiety or pain. Are you not under my shadow and protection? Am I not your fountain of life? Are you not in the folds of my mantle? In the crossing of my arms? What else do you need?

You cannot see the word “Mary” in the photo I took because it is where the camera flash reflected. This divine feminine asks in the prayer, “Am I not your fountain of life?” She is the source and all we need.

These types of experiences with Sophia, a divine feminine, have been in dreams and the world. She is and has been opening my awareness to her presence in many ways. I had a dream during the course of my dissertation that revealed a spiritual experience twenty years ago was an encounter with Jesus and her. Through the course of my studies I began to see her on-going re-appearances as an indication of her presence.

I was planning to write a paper in grad school on a common theme in fairy tales which was the sacrifice of the daughter by the father. Before I started writing, I received an intuitive message that it wasn’t a sacrifice by the father, but an initiation by the Mother. I realized in Amor and Psyche that’s exactly what happens. Aphrodite, the goddess of Love, initiates Psyche (Soul) to help her move from being a victim to knowing the divinity in herself. I saw that in subsequent fairy tales, which appeared to be retellings of that myth, that the goddesses had disappeared from the stories.

This is true of the Bible as well. The books not included in the Bible are found in the Nag Hammadi, which has stories of enlightened women, Sophia being one, who are strong and empowered. The women in the Bible are not often powerful in their own right and can be interpreted in a negative light losing the true meaning of their stories.

After writing my paper, I thought of going back and rewriting my own history to put the goddess back in it. The one who was taken out of the fairy tales, religion, and subsequently my own story. The thing is, once I knew she was taken out of the fairy tales, I could see little signs of her. The helpful animals and the fairy godmothers were a few of the vestiges of her presence. How would rewriting my story change my perception of my life knowing that a divine feminine presence has been with me all along? How would it change your story if you knew she had been there with you all along and you just didn’t see it?

This is amazing Stuart Lloyd! Thank you so much for sharing this. It is so similar to what I am getting as well about Sophia emerging. I so appreciate your confirmation of the connection between the dragon, apocalypse (don't know if you are aware of this but apocalypse means revelation), and Sophia. I feel like the revelation is Sophia and the time is now.

Coincidentally, my first encounter with the divine feminine was Montserrat twenty years ago. On the day I went, there was a wedding taking place. When we reached the Madonna and Child, we were asked to wait. A boy scout carried a young woman with MS up the few stairs and propped her up beside the statue to take a photo. She bent over the orb and kissed it.

I didn't have any frame of reference at that time to even notice what was around her. I am so appreciative to have your comments about that. Amazing that you got all of this connection to your own inner life. I have had several men come to me in the past couple of years to do dreamwork who said they have dreamt of Sophia and feel they are being called by her.

What you said about the basket and Aboriginal paintings is fascinating and I will check out the website you recommended. It has been said that my paintings resemble Aboriginal art because of the dots, lines, and detail. I never did it on purpose, the paintings are meditations and just kind of come out that way. I don't know what the meaning of it all is, but there must be something to this connection. I have followed dreams, been an artist, and saw the black Madonna twenty years ago and am strongly getting the importance of art, beauty, and love to Sophia. You can see some of the art on my website www.WisdomoftheSwan.com.

My visit to Montserrat 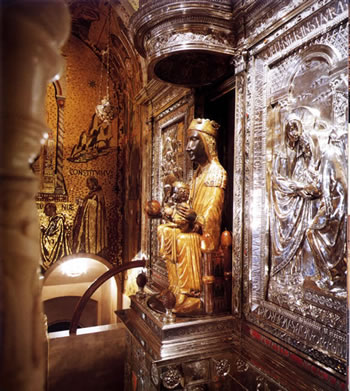 to view the black madonna was an encounter with the Sophia principal of the feminine.A few features are still memorable.

The christ child and madonna both holding an orb. In the chapel behind the icon was a bronze image of a crusader in battle with the dragon. Below in the cathedral was a vast rectangular tabernacle of white marble and in the left-hand side were carved 'The magnificent dominion of the anima' .

With my own research as a weaver of baskets from our Bama Aboriginal heritage and family of Karrinyarra traditional painters from the central Australian desert, I have understood the metaphor of SOPHIA was a bute visual arts rendition of this wisdom energetics of the great mother.

As a bloke/ male, my anima /life breath directive has been to awaken the SOPHIA aspect of the feminine.  https://www.okkawikka.com/ 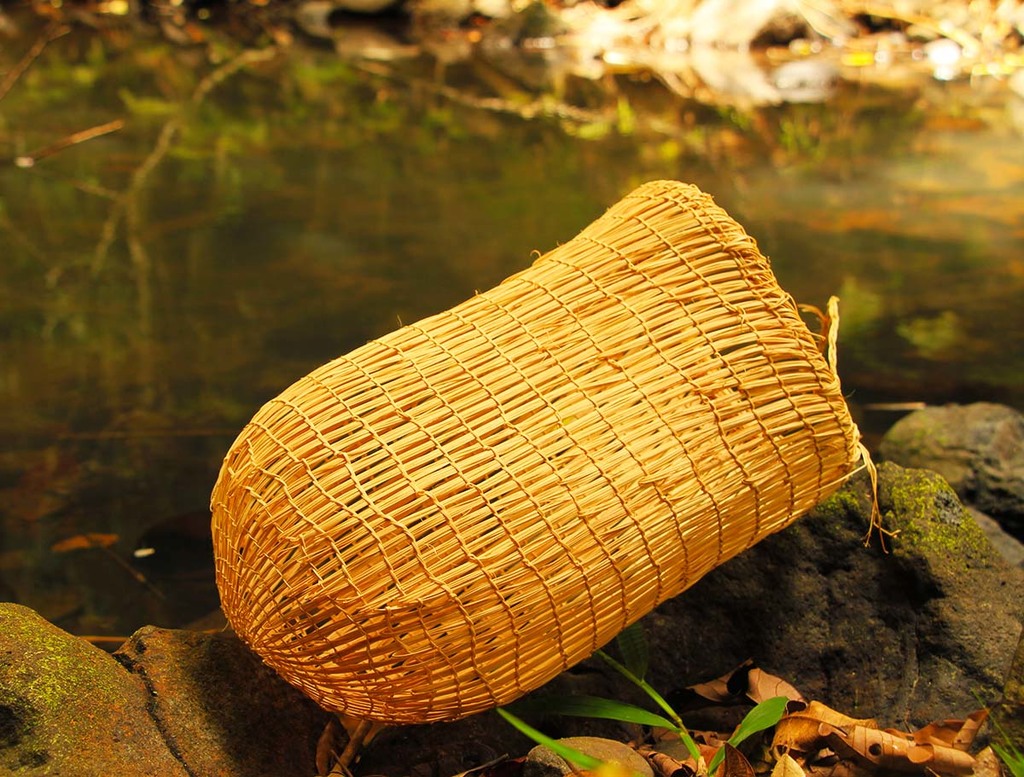 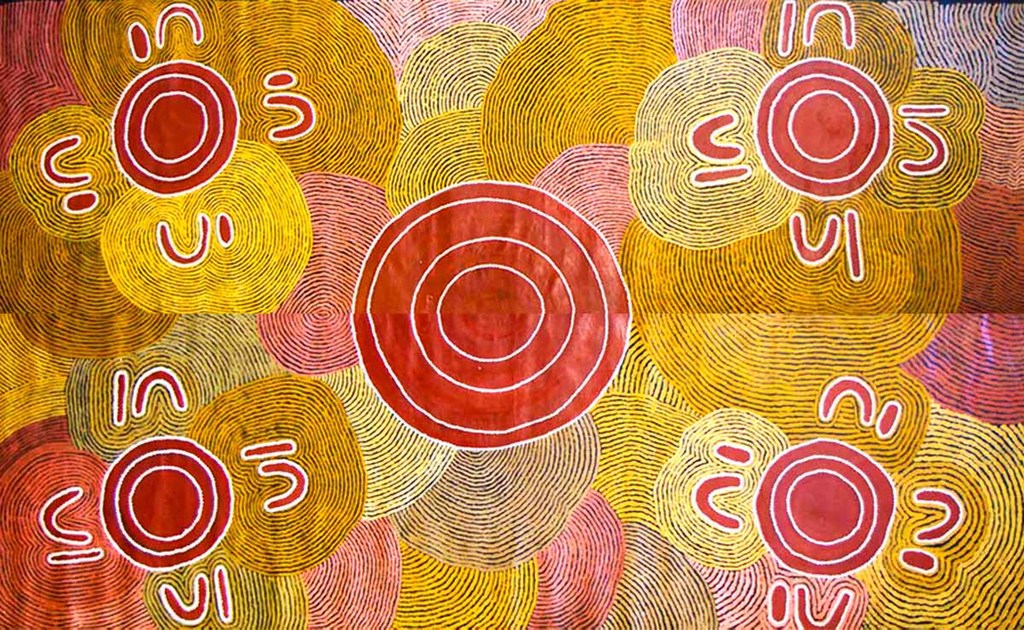