Interview with Jungian Analyst Barbara Holifield: Moving in Depth and Dream of the Earth

On February 22, 2014, the C. G. Jung Institute of San Francisco will offer the first of a series of eco-psychology seminars and workshops on the environment crisis. These workshops will be from differing perspectives but of one piece: the necessary crisis of consciousness in earth changes and what we can/must do. In this first workshop, Indwelling: Our Human Participation in the Dream of the Earth, analysts Barbara Holifield and Carol McRae will lead participants into active imagination states through drumming and authentic movement. Following is an interview with one of the seminar leaders, analyst Barbara Holifield.

Barbara, could you explain what authentic movement is? How did you get in to it? Does it serve your own connection with the earth and if so, in what ways?

I began working with Authentic Movement, also known as Moving in Depth, in the mid 70’s. I was a member of a learning community at Prescott College in which we were exploring ways of bringing conscious awareness to the body, and to the psychological dimensions of body-based experience. During that time emersion in wilderness was the ground of much of our exploration.

Moving in Depth is a profoundly simple process in which one, in the presence of a witness, closes one’s eyes, and turning his or her attention inward, listens for felt sensation, emotion and the stirrings of imagination, allowing one’s self to move and be moved. One may move into deep stillness, very subtle or active movements of the experienced body. This approach, rooted in Jungian active imagination, is like a meditation based in the feminine principle: self-guided and aligned with one’s own inner knowing.

Whether one is moving or witnessing, a foundational aspect of the practice is a rigorous tracking of inner experience such that one becomes aware of the process of projection and re-integration of projection. This work, so integral to Jung’s Individuation process is also essential in clarifying the intersubjective field whether between persons or between persons and the natural world.

For me it is a practice in which I access the depth of my innermost, direct experience of s/Self and self in relation to other, including the more-than-human others of the earth community.

Could you talk about the split between humans and the earth and how indigenous peoples connected through stories and land?

There are many perspectives one could take to understand our culture’s disconnection with the earth: philosophical attitudes embedded in monotheistic religions, the way we have adopted our approach to science, the industrial revolution. However, as a Jungian analyst, I want to try and understand this dilemma from a psychological perspective.

When things go well enough developmentally, with the aid of a resonant caretaker/ mother we learn to lean into our joys, struggles and pains of living, we learn to embody life. In this there is an inner quickening as psyche indwells the soma, a process the poet John Keats’s described as soul making. From a developmental perspective we know this starts as life begins and goes on throughout the life cycle. The infant needs a resonant, compassionate witness to facilitate, what later becomes internalized and practiced, in the person, less a disconnect between body and psyche occurs when a person is faced with overwhelming affect.

It seems that people also need that resonant other, which is exemplified by the culture of Native Americans, to mediate the insistent power of the natural world, that union of what is beautiful and what is terrifying. It seems we need this to live in congruence with the reality of the land as it is given, less we disconnect or split from the earth when faced with the overwhelming forces of the land by withdrawing or alternately exerting our will to change it into something else. It is a developmental task. Native American and other indigenous cultures, through their stories, myths, rituals and ceremonies mediate between the person and our bigger body, the earth, connecting and reconnecting the person, their peoples, to the land. Our culture promotes an attitude of “getting away” or “rising above” or “defending against” or “winning the battle” with the natural forces in both our inner and outer worlds.

When recognized the land in turns reciprocates offering unimpeachable wisdom on living a life of dignity. And something is quickened between the person and the land in this kind of meeting…our stories en-soul the land. A bond is formed and there is an ongoing exchange of recognition and reciprocity between us and the land, and the land and us.

Can you say what you mean with the phrase: human participation in the dream of the earth?

Thomas Berry, a theologian dedicated to earth-human relations, poses that our hope for the future lies in our human participation with the dream of the earth. In this he points to an urgent need for revelatory experience that is accessed through our senses when we open to the sacred grandeur of Earth processes. He lets us know that this is ancient, rooted in shamanic times. This is the kind of space that opens when one is quiet, attuned to the breathing earth and earth community, listening, dancing, drumming. It is the mytho-poetic realm that is within us and between us and the natural world, quickened by dropping down into a realm of relating that is not solely rational.

Do you have a story of your own about how you have connected/reconnected with nature and land through story and myth?

Recently, when I allow myself to be seen by a certain tree that lives on the ridge near me, I experience my humanness in a very distinct way. I become acutely aware of co-inhabiting this earth with many other species. I feel aware of the particular gifts and responsibilities of being a human other. I feel seen as having an intrinsic dignity and desire to be aware and responsive to co-inhabiting this earth with so many living others.

The stories told by the voices of contemporary Native American women poets carry me through the journey. For example this poem by the Chickasaw poet, Linda Hogan:

Skin is the closest thing to god,
touching oil, clay, intimate with the foreign land of air
and other bodies,
places not in light,
lonely for its own image.

It is awash in its own light.
It wants to swim and surface
from the red curve of the sea,
open all its eyes.

Skin is the oldest thing.
It remembers when it was the cold
builder of fire,
when darkness was the circle around it,
when there were eyes shining in the night,
a breaking twig, and it rises
in fear, a primitive lord on new bones.

I tell you it is old,
it heals and is sometimes merciful.
It is water.
It has fallen through ancestral hands.
It is the bearer of vanished forest
fallen through teeth and jaws of earth
where we were once other
visions and creations.


From the Book of Medicines, Coffee House Press, Minneapolis. 1993. 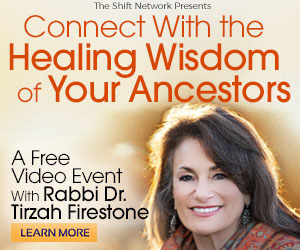