The Problem with Psychiatry (A Rant)

Topic: The Problem with Psychiatry

My problem with psychiatry as a medical discipline concerns human primate interaction.

What makes a being human is not an arm or a leg or the brain. This is not to deny that the human nervous system is the vehicle for Being in the instant of present. But that instant - (for discussion purposes... determine a minute as our now time (t) interval) - is the being of an observed, documented... factuated being of some biological span of t (t= years). In my case, a span of seventy years of human biological existence. Reflections of my past are available to the me of the now, or at the least, important aspects of it are readily available to consciousness.

In my first blog post, I related how I was prescription medication free from my early twenties to my mid-sixties. My assumption is that a psychiatrist dealing with a failed suicide concludes... that concoction of drugs is not working... what to now?

I lived "One Flew Over the Cuckoo's Nest". I am not denying I was, to quote Polonius in Hamlet..."he is far gone Madame..."; but I was misdiagnosed as being schizophrenic. The evil nurse was my psychiatrist who threatened me with confinement in the provincial maximum security psychiatric institution. I hold nothing against this man for threatening me with confinement in that institution because I was capable of extreme violence. I was an experienced football player. I played first team linebacker at Youngstown State University in the turbulent years of 1968 - 69. The student murders by some military faction at Kent State University occurred the spring of my sophomore year. The violent game of American football was more violent then... many concussions where simply passed off as "getting your bell rung". There was no doubt I was capable of violence. My point is that I was misdiagnosed. If this had been a doctor who had mistreated a cancer patient, the patient could claim negligence and liability: was that opportunity applicable to my case? A valid ethical position is that the doctor was erring on the side of the utilitarian principle... this individual many harm others and put their safety and liberties at risk so better to confine him and forego his liberty.

At the time I decided I had rather be dead than experience existence in a chemical straightjacket.

I presume I existed with this disorder without psychiatric intervention because of a very special human primate. My first wife was always calm, loving, tolerant and supportive. She died after battling ovarian cancer for four years.

A second presumption is that I am an introvert. I have labelled myself as an extreme introvert.

The third presumption is my primary mean of support (i.e., job, vocation) was that of a secondary school teacher. The personality traits associated with my disorder interacted effectively with the experiences of the extremes of adolescent behaviour. If the kids were learning and having fun and the parents knew this... my job was secure. I did not have much interaction with peers so the extremes of my personality were not evident to most. An interesting contingency is that in the Masters of Education degree that I was granted, I concentrated on philosophy and behavioural disorders. Ironic, a teacher with a major metal illness teaching adolescents with behavioural disorders. It sounds like a receipt for disaster. As a secondary school teacher I assumed many personae and I was passionate about all of them. I was the computer scientist, the physicist, the biologist, the athletic, the artist...

The point I would like to assert is best made with a specific example. Einstein's cosmological formulations although conceptually considerably different from the formulations of Newton simply subsumed (accommodated) Newton's formulations, verified them and exposed their limitations and deficiencies.

In relation to the point made above and in reference to the example given; the human brain (human intelligence) is Einstein's formulations and the Turing machine (virtual intelligence) is the formulations of Newton. The point I am making here is that the intelligences are comparable and both are necessary. As an educator, I was involved with other educators. We considered how far and with what scenarios, we ought to involved students with value judgement types of lessons and activities. The four people in a boat that only supports three scenario is an example. The nature of the solution to the problem may involve more complexity than binary conceptions and considerations, but the solution with be binary: one or the other will die. Existence is binary. One exists and is conscious of it, or one does not.

The rhetorical baggage of expressions...

As a student of philosophy I have knowledge of communism. The Statlism of Russia and the cultural revolution of Mao Zedong have little to do with a philosophical conception of communism. Both are mostly about male competition and aggression spiced with an overdose of 1984 spying.

There is no right or wrong answer but under Penalty of Death you must answer one or the other.

Are you a communist? OR Are you an imperialist?

What would be the tally for:

every other existing sub-collective of human primates called Nations.

I do not adhere to anything that other human primates consider to be superior to humanity and human intelligence. I am frustrated with the fear mongering by a human primate who is recognized as intelligent. It is ironic that Stephen Hawkins, a being who makes use of Turing based technology more than most, states that we must fear our creation. I would ask him... What do the machines do after the elimination of all human primates? Do they conclude that dogs were allies of humans so lets turn on them next. Would their intent be to eliminate all biology on the planet? If I am wrong, please correct me: this is nonsensical. I agree with a NASA scientist who recently stated that we would substantially benefit by allowing more decision control to our beautiful logical creations. 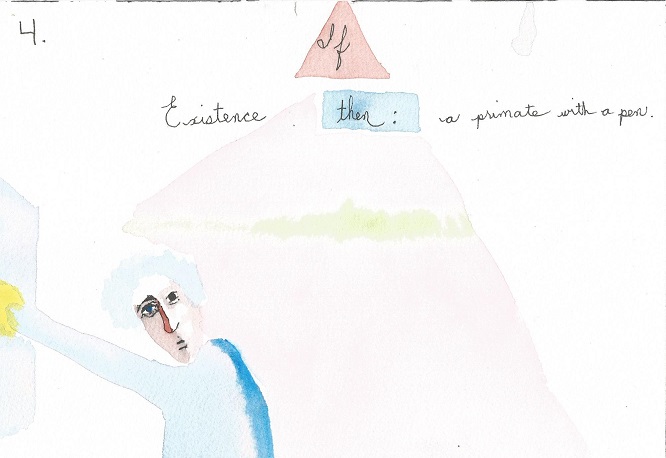