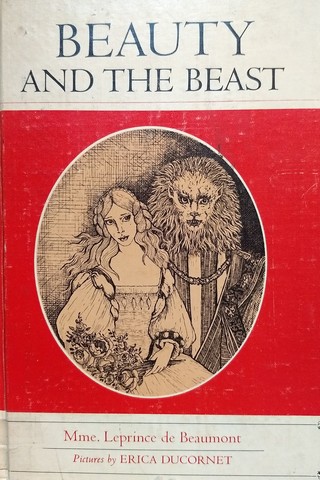 The heroine in “Beauty and the Beast” could have easily believed she was a victim. Beauty’s mother died when she was young. When her father lost all of his fortune they left the city, where she was free to read and do as she pleased all day, and moved to the country. Beauty then had to do all of the housework, cooking, and cleaning, while her sisters did nothing, but torment her. Then, her father sacrificed her to the Beast to save his own neck and for financial gain. It would be easy for us to believe she was a victim, but she wasn’t.

The Beast represents an instinctual masculine energy that values the feminine. He is asleep in the unconscious until Beauty’s Father stumbles across him. The Beast awakens because the Father is out of touch and isn’t instinctually aware of what to do when he faces a challenge. He discovers the Beast’s castle on a dark stormy night as he wanders alone deep in the forest, which symbolizes the unconscious. He is lost, in more ways than one.

Beauty selflessly cares for her family. She plans to live with her Father forever, and has no intention of leaving home, which means her instinct is off as well. She should want to grow up and leave home, but is content to stay right where she is, in a limited consciousness, taking care of her siblings and Father.

Since Beauty doesn’t plan to leave home, life circumstances eventually force her to leave her Father’s house, and move into the Beast’s. The Beast represents an instinctual knowing neither she, nor her Father, have. Both the Father and Beauty think the Beast will kill her, but on the first night she discovers an apartment with her name over the door. She finds all of her favorite things inside. Why would the Beast do this if he planned to eat her? Obviously, he doesn’t.

He knows what she loves and who she is, before he even meets her.

The Beast sets the ground rules at the very beginning of their relationship. First, he wants honesty. He doesn’t want her to tell him what she thinks he wants to hear, but the truth. That was an issue he had with her Father. He wants to trust what she says. The Beast wants her to speak up about what she feels and wants fearlessly.

He tells her she can do anything she wants. She thought she would have to obey his every command, but he tells her she doesn’t. Initially, she is afraid of his anger, rage, and that he will hurt her, but she speaks up anyway. He asks her to marry him each night at dinner, and she says no. She finally tells him one night that she enjoys his company, but she will not ever marry him. He accepts what she says, but asks her to promise to never leave him.

Beauty wants to go home to see her Father. The Beast agrees, but wants her word that she will return within ten days. She says she will, but doesn’t. Her sisters distract her and she stays longer than she said she would. She has a dream on the tenth night that the Beast is dying of a broken heart and realizes she’s made a mistake.

She wakes up knowing what to do and what she wants. She doesn’t want to remain a child in her Father’s house, at that level of consciousness, and returns to the Beast. Now she knows she wants to marry him, the instinctual masculine who loves, values her, and insists she is free.

He is a new inner masculine. The Beast speaks loudly and angrily with the Father in the beginning, because he has been ignored, dismissed, and overlooked. He was the rejected masculine voice in the unconscious. He was frustrated with actions that didn’t value the feminine. He wanted to be heard, to get Beauty’s attention as a part of her psyche. He may shout in dreams and through intuition to get her listen and act. Once she begins to respond to him, he won’t have to take such drastic measures.

He is the inner masculine who values the feminine, beauty, love, and the soul. She is free and he wants her to stand up for herself, which she finally does.

Beauty is free. She always was free, she just didn’t realize it, until he showed her that she was. She had to believe it for herself. She eventually realizes she loves him, this part of her that cherishes her and believes in her. This transforms the Beast into a Prince and they live happily ever after.

We all want to be free. When beginning to step out as ourselves, after having not been seen, heard, or valued, the inner masculine can seem like a Beast. Shouting to be heard, angry at gifts being devalued, and feeling overlooked. He eventually calms down as we continue to do what we want and say what needs to be said, regardless of what others think. Through inner listening, we learn to instinctively know when to act and what to do. If we persist, he will be transformed and we will be free to be ourselves.