Carl Jung: When Lao-tzu says: “All are clear, I alone am clouded,” he is expressing what I now feel in advanced old age. 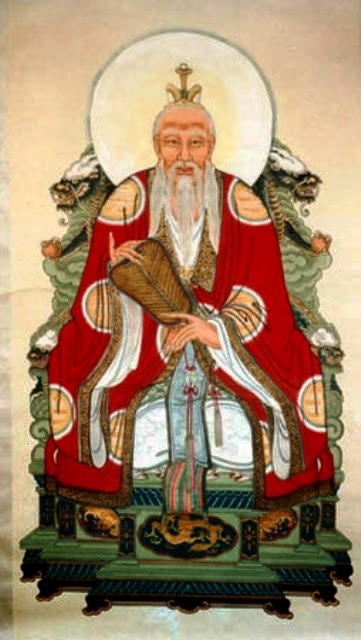 When Lao-tzu says: “All are clear, I alone am clouded,” he is expressing what I now feel in advanced old age.

Lao-tzu is the example of a man with superior insight who has seen and experienced worth and worthlessness, and who at the end of his life desires to return into his own being, into the eternal unknowable meaning.

VON FRANZ: I met him when I was eighteen. And I began in the year later in ’34: I began analysis with him.

We went out there to the tower, and out of the bushes suddenly–we were standing around, kind of, you know awkwardly, as one does, not knowing what was going to happen–and then out of the bushes came a man, and I was deeply impressed by him.

I thought he naturally, he was a Methuselah because when you are eighteen you ‘think a 58 year old is ready for the…

As Dia de Los Muertos approaches, we ask La LLorona to be with us in song. The haunting tale of the Weeping Woman is matched and embodied in the traditional song of the same name. Joan Baez and Lila Downs among many others have recorded it, but the most emotionally resonant version is by Chavela Vargas, who sings a portion of it to Frida Kahlo in the film Frida:…

I had to understand that I was unable to make the people see what I am after. I am practically alone. There are a few who understand this and that, but almost nobody sees the whole…. I have failed in… 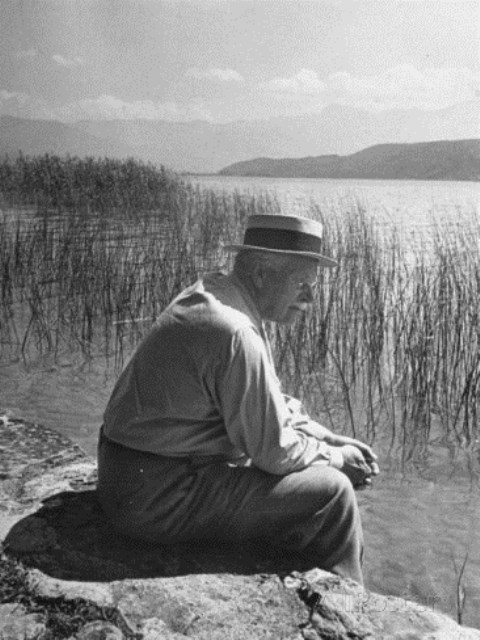 I had to understand that I was unable to make the people see what I am after. I am practically alone.

There are a few who understand this and that, but almost nobody sees the whole….

I have failed in my foremost task: to open people’s eyes to the fact that man has a soul and there is a buried treasure in the field and that our religion…

The Weeping Woman — Part One

“Don’t go near the water, don’t go out at night,” mothers caution their children near the Rio Grande. They are protecting their children from a different threat than accidentally falling in; they’re talking about being snatched up or sucked in by La Llorona. She is the threatened punishment, the Hispanic boogeyman, of naughty, disobedient children. But she is more. She comes in the dark, on the wind, seeking that…

Jung, Steiner, and Evolution of Consciousness 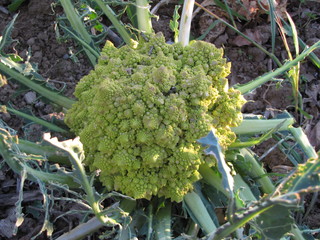 A recent seminar on Jung and Steiner and their contributions to an evolution of consciousness, held at the C. G. Jung Institute in San Francisco, was well attended by individuals schooled in both camps. This seems to be happening more and more: finding the common ground of these two men's great works.

My encounter with the ideas of Japanese architect Kiko Mozuna in 1987 (described in my previous blog) elevated my attention to the personality of place, and occurred at the time when I got my first city planning job, in Saint Paul, MN - 250 miles northwest of my graduate school home of Madison, WI.

Mozuna's concept for educational plazas in Kawasaki included the idea that both the city and the plaza neighborhoods had personalities.  From a city perspective, his proposed…

LIFE : the model behind Nature, brain and behavior 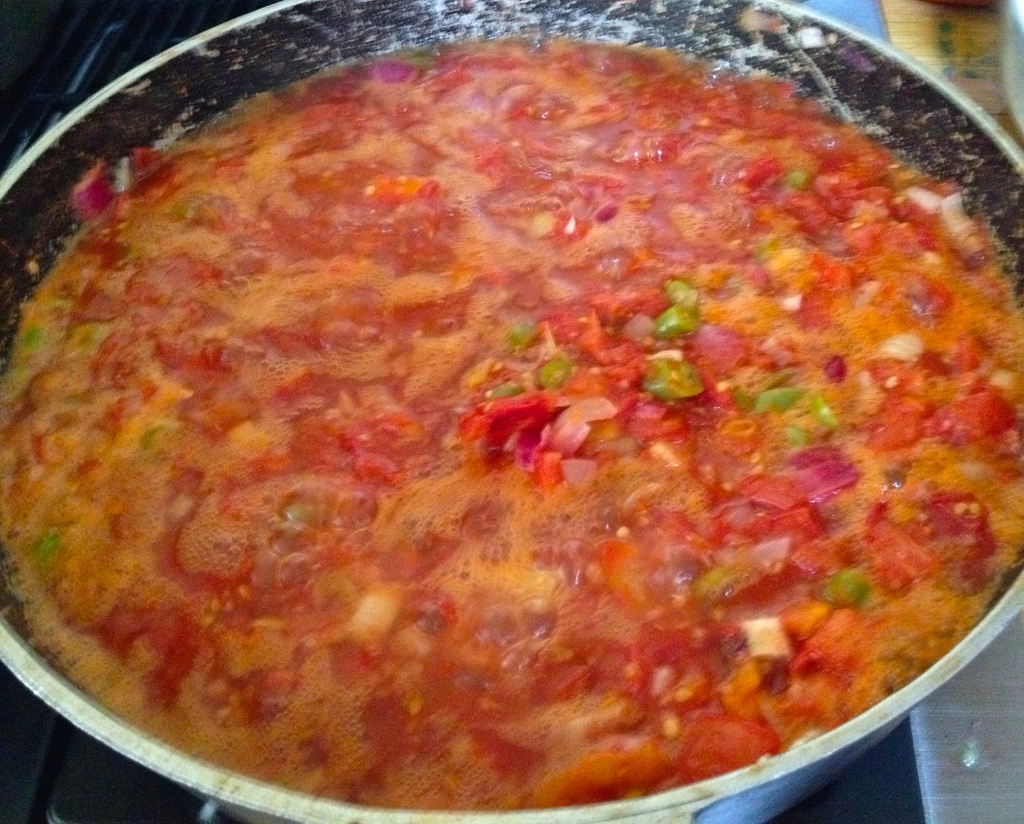 Neurosis: Daily Catastrophe Ready For Use...

"Doubt is creative if it is answered by deeds, and so is neurosis if it exonerates itself as having been a phase-a crisis which is pathological only when chronic. Neurosis is a protracted crisis degenerated into a habit, the daily catastrophe ready for use." ( C.G. Jung Letter to Arnold Kunzli March 16, 1943)

Daily catastrophe ready for use is an alarming term. Yet, we are confronted by situations each day that threaten us with anxiety, the hallmark of neurosis. If we go rigid and…

In last week's post I recounted my 1983 decision to develop the skills of an urban social scientist while seeking opportunities to apply the "Van Allen Method" of relying on dreams, intuition and synchronicity as a way to engage more fully the souls of cities.  By 1986 I had some evidence that both strategies were succeeding.

My graduate work in urban planning concentrated on economic and fiscal analysis - the most quantitative of the social science approaches to urban issues.…

Barry’s Blog # 25: The Background to Our Day of the Dead Ritual

Modern people have long been aware of lacking something that neither our ideologies, nor our addictions, nor our consumerist frenzies can satisfy. Searching for it, millions have sampled Asian spirituality and discovered contemplative practices that ground their lives in authentic…

An orientation of attention

Water hydrating the tissues of our bodies is exquisitely sensitive and responsive to the orientation of our attention. Most adults habitually function in an incisive mode that overrides perception of sensory information about their relationship to their inner and outer environment. An instantaneous shift in tissues responsiveness involving the whole body takes place, when attention enters a receptive mode that allows conscious experience of this relationship and enables individuals to…

Dreams and Special Feelings of Happiness...

In a letter of Jolande Jacobi (October 27, 1936) C.G. Jung commented, "...a dream has always to be understood under two aspects. On the one hand the historical root,  on the other the freshness of the tree. The tree is what grows in time....a look behind the scenes into the age-old processes of the human mind, which might explain your special feeling of happiness."

I recently became a grandfather. Memories of dreams for the past two years told of my transition into this stage of life.…

In my first post I revealed that I am a professional city planner and an amateur terrapsychologist.  City planning is a second career for me, however.  And my first career - as a college humanities professor - gave me some of the tools that I could later use to shape my planning work along terrapsychological lines.

I prepared for my first career by earning a Ph.D. in religious studies at the University of Iowa in 1979.  It was there that I learned a valuable life lesson from a…

When I was interviewing Napa therapist and water activist Charlie Toledo, Executive Director of the Suscol Intertribal Counsel, this week, we had a conversation not directly related to the drought and water that I found particularly healing. She told me that in pantheistic times, people had more fun.

"When I speak to elementary school kids, I always ask them, 'How do you think the California…

Each night that we dream, we're gifted. Actually, we dream multiple times nightly but only remember a few. I'm never troubled by, and encourage patients to not be worried about not recalling every specific dream. It's impossible and unnecessary.

After over thirty years of doing dreamwork I'm convinced that dreams that are meant for us to remember, we remember. The rest do their work within like psychic housekeepers that come in after hours and take care of things without being…

All along the U.S. / Mexico border, government agents and armed vigilantes mobilize to stop the invasion of dirty (diseased), or lazy (go on welfare), or persistent (take our jobs away), or dangerous (bad hombres) “illegal aliens.” But mostly, we build walls to keep out the Other (unless we need him or her to work in our fields, construct our buildings, watch our children and elderly, mow our lawns,…

With this post I am launching what I hope will be a regular blog exploring the intersection between the field of terrapsychology, and an approach to urban improvement known as "creative placemaking."

My perspective is that of a professional city planner (30 years experience) and an amateur terrapsychologist.  Within the field of city planning, creative placemaking is new trend.  The term refers to the involvement of community-based arts and cultural activities to shape the…