How You Feel Around People... 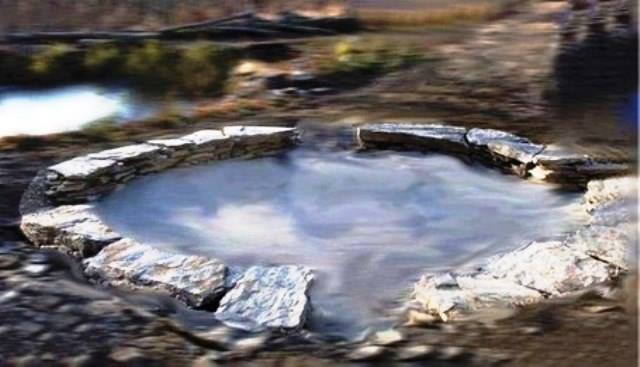 I pay attention to how I feel around people. Sometime's there's a sense of well being, peace. Other times, there's confusion, chaos. People bring energy with them. As we are conscious, we can feel the energy within and surrounding others.

I came across the following quote by the American poet Charles Bukowski: "The free soul is rare, but you know it when you see it…

The fears about Illegal immigration are a classic expression of the myth of madness at the gates of the city. Seen from the inside, the mad god Dionysus threatens to invade and destroy everything of value. From the outside, however – that is, from outside the bubble of literalized thinking – we can observe a rigid cultural identity in utter denial of both its own madness as well as the possibilities of healing.

The anxiety, as always, stems primarily from the Puritan fear of… ¡Como Mexico No Hay Dos! In any discussion of contemporary immigration the most emotionally divisive arguments are either about Muslims or Latin Americans. But the vast majority of the undocumented – “illegal aliens” – are Mexican. So we are really talking primarily about Mexicans. Conventional anti-immigrant fears are primarily about these four issues: job-loss (They’ll put Americans out of work), crime (They are all drug users), taxpayer expenses (They…

My co-author, Judith Harte, and I are delighted to announce the publication of our new book "Images of Soul: Reimagining Astrology." It's published under the imprint of Iris & Acorn Press. The book is now available on Amazon.

"Images of Soul" grew out of a friendship and collegial conversation that has spanned three decades, As the book evolved we sought to create a provocative fusion of astrological symbolism, Depth Psychotherapy, and Imaginal Psychology. Our discourse interfaces…

About a year ago, I noticed some activity within my own horoscope involving Hestia, that mythic, spiritual, virginal, asteroid goddess of the…

We’ve seen some of the political, racial, economic and religious factors that determined an immigrant’s status as he or she attempted to enter the U.S. But what happened next? How did one become American? And, especially in the great expansion of population between 1880 and 1920, how did non-Anglo-Saxon, non-Northern European, non-Protestant immigrants rise in status from conditionally white to fully white? They did so – and still do – by taking on WASP…

Since the ideas of “citizen,” “American” and “whiteness” are inherently unstable, their definitions have had as much to do with who one is not as they have had with who one is, and they have changed regularly in their exclusion and inclusion of various immigrant groups. To see how often, and in what ridiculous detail, these definitions have changed, let’s review this history:

The Industrial Revolution in the United States required millions of new workers, yet immigration policy was highly selective. For over a century, the Supreme Court periodically determined who was Other (see Part Three below). Admission to whiteness was an invitation to emerge from darkness and walk in innocence. In a thousand small but consistent ways, law and custom defined white persons in terms of what they weren’t. The “boundaries of whiteness,” writes…

Last week I journeyed from my home in the Minneapolis-Saint Paul Area to Joshua Tree, CA to seek insight into the synchronicities that permeate my personal and professional life.

By profession I am an urban and regional planner; increasingly I find value in discerning the "spirit of place" as a window into the community where I work.  That has led me into the emerging field of terrapsychology, especially as articulated by Craig Chalquist.

July, 2018: One shared characteristic of the Age of Trump is our ongoing sense that it just can’t get any crazier than this – and our regular, almost daily recognition that in fact, it has. Still, like all true believers in American innocence, we go on, insisting that the horrors perpetrated in countless times and places within our own lifetimes just can’t happen here. In fact, they have indeed happened here.

Solitude and Quality of Life...

C.G. Jung wrote, "Solitude is for me a font of healing which makes my life worth living." Life being worth the living goes further than doing this or that with these or those people. In fact, too much contact with others, especially…

‘The word was first used by…

But What About Ferguson? Returning to this question of “every 28 hours,” we ask incredulously, innocently, again: How often do police shoot unarmed black people? Is it surprising that the government keeps no statistics (…

But What About Ferguson? I quoted Orlando Patterson earlier: “Today we no longer lynch in public rituals supervised by local clergymen. Instead, the state hires the hangman to do it.” Quite true, but this civilized approach creates two problems for the high priests of sacrifice. One: Specific capital punishment cases can take many years, including lengthy appeals, from crime to arrest to judgment to execution. Two: Since the act itself is relatively private and few people get to…

Richard Kearney in a recent New York Times post (8.30.2014) wrote, "In perhaps the first great works of human psychology, the “De Anima,” Aristotle pronounced touch the most universal of the senses. Even when we are asleep we are susceptible to changes in temperature and noise. Our bodies are always “on.” And touch is the most intelligent sense, Aristotle explained, because it is the most sensitive. When we touch someone or something we are exposed to what we touch. We are…

Interpretation– This dream is all about spirituality. She was raised Catholic. Her…