Barry’s Blog # 53: The Myth of Equivalency, Part One

The Myth of Equivalency, Part One

Memory, Place and Story: How Connection to Land Connects us to Self 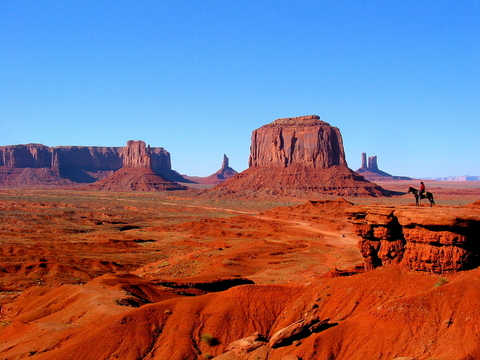 Some would argue our contemporary consumer-based, productivity-oriented culture contributes to a collective loss of memory—done of being connected to something larger than our everyday selves. As a society, we have become dislocated in time and disconnected from place, leaving us rootless, transient, and opting for sensationalism instead of spirituality; superficiality…

The Internet and the Second Persona

Before I continue, I should note that this is a re-posting of a guest blog I wrote for a friend's site, fellow writer, Keira Wong (of whom there are references strewn about the place!). It's written for the general public, and I thought others on this site may enjoy it.

Social networking is evolving at an incredible rate, however it appears to be evolving faster than we’re able to adapt to it. Like Europe before the introduction of manners and chivalry, we’re at an…

Don't Know What You're Doing? You're On the Right Track

When I started teaching professionally, I was faced with a dilemma: Present information in the conventional manner and try to look and act the part of “The Expert,” or on the other hand, honor the inspiration of my own unique creative process. I tried my best to do the first option and it didn't fit me at all. I can't follow a schedule no matter how hard I try, and I spend way too much time musing about odd things when I should be working. My mind and heart do not operate on a linear…

Ecopsychopathy and Sustainability: The End of Life as We Know It

In a recent blogpost, I wrote some introductory thoughts about what I’m calling “Culture Collapse Disorder,” an eco-psycho-pathological disorder in which human-made stressors stemming from culture and development (and their correlating underlying connected psychological issues) are causing a drastic systemic imbalance, manifest by a…

Barry’s Blog # 52: On the Tenth Anniversary of the Invasion of Iraq

On the Tenth Anniversary of the Invasion of Iraq

My Mother and the Pope

I was surprised yesterday to receive a phone call from my very excited mother. She was thrilled to tears that ‘we’ had a new pope from Argentina. I could almost see her 82 year old self jumping up and down for joy. I, however, was a bit taken aback. We are Jewish.
But we were both born in Argentina – and it seemed that regardless of religious affiliation or belief, regardless of the fact that Argentina protected Nazi perpetrators of genocide, my mother was caught up in the field of… Continue

Hummingbirds - A bird in the Hand

In the Assisi Institute's Dream Pattern Analysis class with Dr. Conforti, students are trained to look at images objectively and to discern their most dominant message. We are taught that there are two crucial elements to translating an image objectively and not to get hooked by our associations which can be the expressions of our complexes. The first element is to understand that Psyche provides the image with a high degree of specificity. When we dream of a snake, it is important to note…

Painful Relationships...Transformation in the Offing!

Painful relationships scream for attention. They challenge us to figure out the meaning. Do we work things through? Is that possible? Do we let them go even though there's been weeks, months, years of familiarity? Peering into darkness, into what isn't known and what isn't guaranteed, carries a certain dread of being wrong. But, we need to consider that doing nothing, purposelessly lingering in misery, definitely counts as one of the worst and most assured ways of going down a psychic dead… 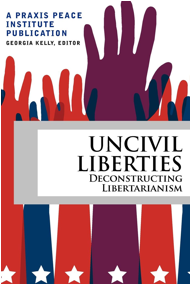 In recent years, many politically active people have been attracted to Ron and Rand Paul. In addition, there has been a huge resurgence in the free-market writings of Ayn Rand. Out of that tradition came the film Thrive, which has been very popular among well meaning but naïve members of the New Age community.

In response, the Praxis Peace Institute (www.praxispeace.org) published a pamphlet…

Synchronicity is an uncertain reality for those who reject the reality of the autonomous, unconscious psyche. Instead, when this type of person has such an experience, they'd rather dismiss it or call it a miracle!

I have been attempting to conduct some research around Psychosis, Mysticism and Spirituality for some time already and have posted some items and gathered some materials on my blog entitled Religion and Health where more details have been included. These posts give more background to my motivation for this Health Research Project:…

This past week, here, we have spoken…

Ensoulment and Synchronicity: Concepts from Cosmos and Psyche by Richard Tarnas

In his 2006 book Cosmos and Psyche: Intimations of a New World View, Rick Tarnas suggests that the western mind has catapulted us away from a fundamental cosmos where everything was ensouled, alive, and animated by meaning and archetype. Our modern mindset is, instead, to attempt to control and manipulate our environment,…

An angel watches over an argument between Ceres and Mercury