8 Lessons We Can Learn from Transnationals

In the same measure as the conscious attitude may pride itself on a certain godlikeness
by reason of its lofty and absolute standpoint, an unconscious attitude develops with a
godlikeness oriented downwards to an archaic god whose nature is sensual and brutal.
--CG Jung, Psychological Types

Fight the big corporations. Kill the multinationals. Break up the conglomerates and the consortiums. The problem of how to do…

“In-Depth” - This week’s Depth-Psychology-related News & Stories of Note for the week ending December 19, 2010

Dreamwork as a rewarding spiritual practice by Jean Raffa: http://bit.ly/gPWY9r…

The first people we “fall in love” with are our parents. Our…

At Home in the World: Creating a Dialogue between Inner and Outer, Self and World

“Being at home in the world” embodies a dialogue between inner and outer, self and world claims John Hill (2010) in his new book of the same name. Our psyche originated in nature but the increasing separation birthed by the growth of a culture that is dominated by reason and patriarchy, disconnect from earth and the deep sacredness of nature and creation is taking its toll. Reconnection with nature, and therefore something deep, numinous, and sacred is action that can help us recognize and…

Depth Psychology is the study of the Unconscious, an inquiry into what we don’t know by looking at how psyche emerges in symbols, mythology, art, & dreams and how we live out the repressed, the silenced, & the marginalized in our personal lives and in the culture at hand. It explores our relationship to soul, and includes ideas from anthropology, cross-cultural studies, ecology, philosophy, theology, indigenous cultures,…

The Symbolic Nature of Colony Collapse Disorder. What is the meaning of billions of vanishing honeybees?

Its been rainy and gray for days now and the honeybees that usually frequent the lavender bush at my front door have been few and far between lately. I miss them, the beauty of their flight patterns as they move from blossom to blossom, the sound they make that is so deeply universal and archetypal, I think it must be the constant and infinite sound of creation that exists at the core of the universe. When they show up, I find myself rooted in place, watching them in awe as they extend their… 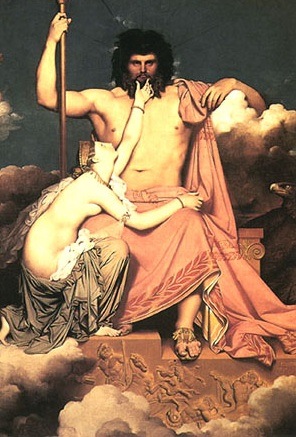 Enter the World of Soul and You are Like a Madman: Learnings from Carl Jung's Red Book

“If you enter into the world of soul, you are like a madman” – Carl Jung, The Red Book, p. 238.
In his recently released Red Book, a body of work Carl Jung immersed himself in for nearly 17 years, Jung
reveals the deep introspective nature of what he ultimately considered an
archetypal “descent.” He documented this journey to the Underworld in
tremendous detail and accompanied many of the entries and topics with
beautifully detailed drawings. If you… Continue

Deck the Halls with Ecostalgia and the Empty Self: Longing for Home at the Holidays

It's common to feel nostalgic during the holidays. “Nostalgia,” by modern definition, means a "wistful yearning for the past." Etymologically, the root "nostos" means "homecoming" and "algos" means "pain, grief, distress." Thus, nostalgia may be translated as "severe…

Following on How Language Can Shape our Lives

In a previous blog, I summarized an article describing a recent Harvard study that indicates using different languages seems to create different preferences or opinions about others, thus raising the question of whether language actually shapes and creates our thoughts.

Now, in November's issue of Psychology Today, therapist Vikki Stark provides a thoughtful anecdote on how one client's recurring description of various everyday events in her life as "hell" seemed to actually be a sort… Continue

Does Language Create and Shape our Thoughts?

"Charlemagne is reputed to have said that to speak another language is to possess another soul,"says the co-author of a recent Harvard study which suggests people's opinions and preferences toward ethnic groups vary depending on which language they use to express their thoughts. This suggests language is not only a tool for communication, but also actually serves to create and shape our thoughts and feelings.

Since implicit attitudes lead to outward social behaviors, all this leads to… Continue

Organization Becoming: An Introduction to Jung's Concept of Individuation


With great pleasure, Fisher King Press is pleased to announce the publication of 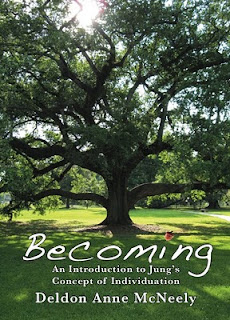 The Beggar
Article by Erel Shalit

Rainer Maria Rilke: The Song of the Beggar

I am always going from door to door,
whether in rain or heat,
and sometimes I will lay my right ear in
the palm of my right hand.
And as I speak my voice seems strange as if
it were alien to me,

for I’m not certain whose voice is crying:
mine or someone else’s.
I…

Organization When the Moon Casts a Woman Off

The moon and then
the Pleiades
go down

The night is now
half-gone; youth
goes; I am


When the Moon Casts a Woman Off

I just discovered this site. Amazing. And there is an opportunity to add your own content. Check out the page on Depth Psychology

How a dream pelican helped me work with not only my personal grief, but also my grief over the tragedy in the Gulf of Mexico.

The sun-hero has a dual relationship to the Great Mother, as exemplified by Heracles; his name means Glory of Hera, yet the goddess drives him to madness. He sets out… Continue

Consider an M.A. in Depth Psychology from SSU - for yourself or someone you know that would love it

I first found and then fell in love with Depth Psychology through the Master's Program at Sonoma State University (north of San Francisco, CA). Now, the program, like so many, is prey to the budgetary concerns that are prevalent right now at the state school level. For the first time since the program began around 2000, there is a mandate for a minimum number of participants.
Speaking from experience, I can say the coursework, faculty, and process of getting my Master's in…
Continue

Organization The Art of Love: The Craft of Relationship - A Practical Guide by Massimilla & Bud Harris 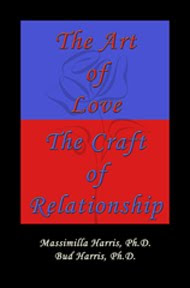 The Art of Love: The Craft of Relationship
A Practical Guide for Creating the Loving Relationships We Want
by Bud and Massimilla Harris
ISBN… Continue