Too much in your head? Listen to my interview with Jungian Analyst Robert Bosnak about getting out of your mind! http://tinyurl.com/ya3kfacl 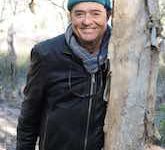 Since 1972, Zurich-trained Jungian analyst and Alchemical Psychotherapist, Robert Bosnak, has led dream groups and explored dreaming with individuals, in both analytical and didactic contexts, developing a method called Embodied Imagination®.

Embodied Imagination®, in the work with dreams and waking memories, is practiced individually and in groups in psychotherapy, medicine, theater, art and creative research. It has been used as a rehearsal technique of the Royal Shakespeare Company in England, applied in medical research and psychotherapy in Japan, China and a variety of locations in the Western world. It is the focus of the dreamwork at the Santa Barbara and Malinalco Healing Sanctuaries:  http://www.santabarbarahealingsanctuary.com

Robert Bosnak has authored several books. They are: A Little Course in Dreams, Christopher’s Dream, Tracks in the Wilderness of Dreaming, and Embodiment: Creative imagination in Medicine, Art and Travel.He is a co-founder of the International Society for Embodied Imagination, the National Nightmare Hotline (866-DRMS911), and since 1997, www.cyberdreamwork.com.

He is past president of the International Association for the Study of Dreams, and was visiting Professor of Clinical Psychology at Kyoto University in Japan. He is now based in Santa Barbara, California where he is the Executive Director of the Santa Barbara and Malinalco Healing Sanctuaries. He is in private practice in Los Angeles.Robert’s interest in Alchemy has been channeled into the first in a series of novels entitled Red Sulphur: The Greatest Mystery in Alchemy. Books 1 and 2, 2015.