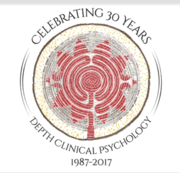 The inherently intertwined relationship between the psyche and the polis, coupled with the urgent need for progressive action, demand that psychology become both politically conscious and socially engaged.

This conference celebrates the thirty-year history of Pacifica’s Clinical Psychology program by continuing to advance a depth psychological orientation to the world.

Explore the relationship of depth psychological theory and practice applied to the current political situation with internationally known Jungian analyst and political commentator Andrew Samuels in both a keynote address and workshop.

"A New Therapy for Politics?"

Eva Blodgett
"Are Immigrants Becoming the “New Black”? The Repetition Compulsion in the History of Immigration in the United States."

Andrew Samuels
"The Political Self: Getting in Touch with your Inner Politician"

Fanny Brewster & Andrew Samuels in Conversation
"Where Do We Stand? What Can We Do?"

Andrew Samuels, PhD, is recognized internationally as one of the foremost political commentators and theorists from the perspectives of psychotherapy and depth psychology. He has worked as a consultant with political leaders, parties and activist groups in several countries, including the United States.

He also consults to Britain’s National Health Service. He draws on a wide range of approaches to psyche, including post-Jungian, relational psychoanalytic and humanistic ideas. But he roots his work in citizens’ lived experience, and in what can be learned from therapy work carried out with political awareness.

While Andrew does not disguise his background in progressive and left-wing politics and his commitment to diversity and equality, he remains open-minded and celebrates many different takes on social and political issues.

Get more details or REGISTER HERE

RSVP for Conference—"Up Against the Wall: Politics, Community, Psyche" with Keynote Andrew Samuels to add comments!