Triggering Happiness Hormones In A Society in Turmoil 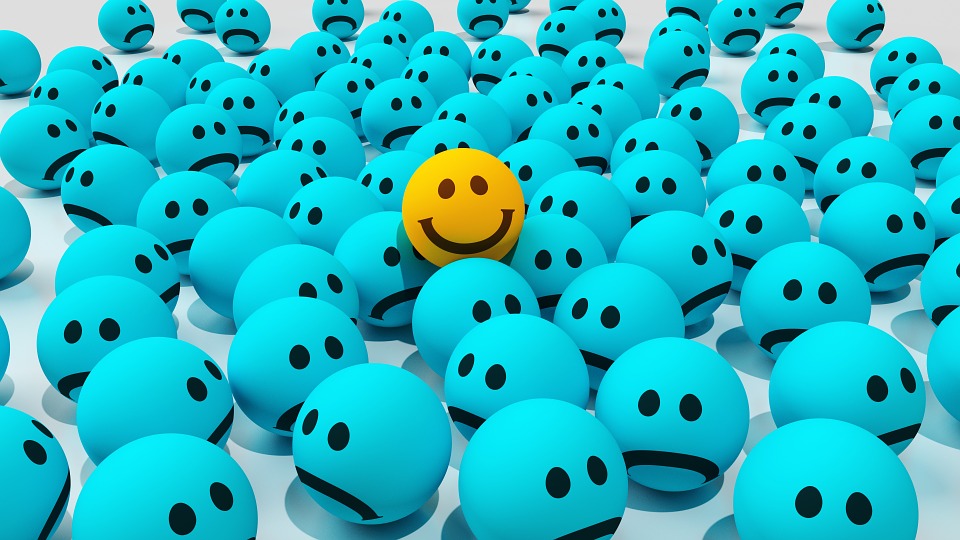 Ever feel lost, despairing, angry, and searching for answers? I have and found some answers through learning how to trigger my body's joy hormones.

A lack of any one of these creates a feeling that something is missing in one’s life.[1] Not only that, these chemicals fade out of the body quickly, so we are motivated to keep doing things that help us feel good about ourselves.

You can look at this and see the logic in most of us wanting to “have it all,” and the frustration we feel when we cannot:

(1) A job that is our calling, where we have clear purpose, missions, and a sense that we are accomplishing something worthwhile that provides status and enough money to live well;

(2) Finding true love, with intimacy with family and friends, giving and receiving help from others at work and in community and religious organization, or caring volunteer work;

(3)  Meeting society’s and your subgroup’s standards for behavior and appearance, so that you are respected and even admired by your peers.

Sounds easy enough—but is it? So many experts today tell us that happiness is just a choice, and suggest this or that easy answer for how we can decide to thrive. Yet our happiness continuum is almost inevitably influenced by the society in which we live, by real circumstances in our lives as well as the cultural narratives we do not question.

Entire societies and subgroups can experience predictable feelings of emptiness or dissatisfaction as a result of their cultural values and stories, and of the attitudes and roles they engender. Our society is one of the better ones; as our founding document tells us, we have the right to “life, liberty, and the pursuit of happiness.” Yet, traditional gender roles, for instance, have deprived men of oxytocin (since the world of love and care has been considered a feminine domain) and women of dopamine and serotonin (from being locked out of more public masculine roles which focused on power, status, and visible achievement)—a limiting story that was powerful in American culture as well as in other societies for much of our history. This is one reason the women’s movement occurred and why many contemporary women and men are happier than were those in previous generations, having gained access to activities that help produce a more complete path to being truly happy.

Actually, as dopamine is produced by any project we undertake that we believe in and work hard at, and oxytocin can be produced by doing nice things for others, we can choose to engage in these behaviors even if we have not found the perfect (or any) job or true love.  The bigger issue in our quite competitive and hierarchical society comes with serotonin, as so many of us feel that who we are, what we look like, or what we do does not measure up to our society’s standards. Our inner critic decreases even our accomplishment and relational chemical rewards, because we believe what we do is always lacking something.

Several current cultural stories actively work against our happiness in this way.  One such story is that achievement in traditionally masculine spheres is still more important and has higher status than belonging, intimacy, and love or accomplishment in the domestic or other domains still thought of as feminine. This constantly encourages men and women to prioritize such higher status activities in the public and workplace arenas. Yet, in the modern economy, good jobs are harder to find and qualify for than they once were, and if we get them, they expect longer hours from us than has been the case since the adoption of the 40-hour week. Moreover, many of us get high on dopamine; it becomes our drug of choice, so our inner chemistry also keeps us working almost all the time.

Another such societal story is the equivalent of “he or she who dies with the most toys wins,” or variations on this theme, which leads many of us to believe that those with the most money are better than those with less or little. Hierarchical societies deprive everyone that is further down the status ladder of serotonin. The current epidemic of antidepressant use (of the Prozac type) may well be a sign that our super competitive society is depriving a whole lot of us of natural spurts of serotonin. A recent report on the rise in deaths of white Americans from drug overdoses illustrates this: the increase is largely from the growing numbers of individuals stuck on the margins of the work world who also lack social support.
These are the people some politicians call “losers”— the story they often tell themselves as well. Conversely, the frequency of overdoses is decreasing in the Black community at a time when the “Black Lives Matter” movement has emerged.

Women are more apt than males to take drugs treating serotonin deficiency, which I suspect may be related to special status issues faced more by women than by men.

The result is a devaluation of activities that once were a feminine domain, creating stress not only for individual women, but also for families, schools, and communities. Fewer women are now at home or working as volunteers, helping out schools and other necessary community endeavors, leaving a vacuum, a societal care deficit to be filled.

As women have entered government and the workforce, caring values have begun to enter as well, and many political scientists and economists are finding that these actually lead to a healthier and happier society. It is no accident that many of the countries that rate highest in the World Happiness Report are Scandinavian ones with caregiver cultures, where government policies naturally include caring for their citizens. Such policies often include government supported preschools, good schools across the board, and workplace policies that allow workers to have time with their families and care for their own health.

It is interesting that the early stages of the current presidential campaign seems to be a referendum on such caring values entering government and business, with conservatives voting “no,” or “no, caring is to be done by individuals, churches and other religious groups and nonprofit organizations (often by women),” while liberals more often say “yes.” Since women still are associated with caring and men with strength and dominance, it is noteworthy that the two current front-runners are Hillary Clinton, campaigning very much as a woman who stresses her caring for others, and Donald Trump, with a hyper-masculine, macho style, and running less on policies than on being the alpha male in the race.

It is clear that the debate over whether our society will be just a Warrior/Ruler one with a masculine style or a Caregiver/Ruler one with a more androgynous style is not going to be resolved in the near future. Whatever our preference between these, it is natural to wish our society to be perfect and provide for us a perfect life, and equally natural that some of us feel nostalgia for a supposedly ideal time in the past (which actually never was), while others imagine a future paradise that, like utopian visions of the past, will turn out to have its own problems. This, plus our founding belief that we have a right to “life, liberty, and the pursuit of happiness,” can make us feel angry and cheated when we believe that our liberty is being curtailed and our path to happiness blocked. Right now, we are unlikely to immediately change what is not working in our society or what narratives that undermine our happiness prevail in the media.

So rather than lash out, we can have compassion for ourselves and others locked in situations that make us angry, as well as for those who are angry at people like us.  Beyond this, we can notice what cultural stories have become inner prisons that limit us.  We do have the key to unlock our inner chains and start thinking, telling, and acting on more empowering narratives. We can also chose to avoid getting too caught up in the current epidemic of frenzied charges and counter charges in the current culture wars.

I recently attended a luncheon with several other women where the topic of conversation was how little good was resulting from outrage and blaming in the media or ourselves.  Every woman there had an answer of what else could be done.  Each began describing what she had decided she could do to make a positive difference in the area of her calling, and each was committed to contributing to civil political discourse by engaging in genuine cultural dialogue in search of a cultural consensus. Of course, each would then show up and vote.  I could all see that this healthy conversation was promoting happiness–likely spurting dopamine to reward us for our individual projects, oxytocin for our caring motivations and how supportive we were with one another, and serotonin, from the support we got from one another that we mattered, that what we wanted to do was worthwhile, and that each of us had a safe and secure place in our friendship network.

While personal happiness in many ways begins with a choice, we then need to learn the attitudes, skills, and behaviors that result in a feeling of thriving. One of these skills begins with recognizing how much of our feeling trapped and unhappy derives from the stories coming at us that we have unconsciously adopted. Weeding unhealthy ones out of our psyches is a first step, followed by replacing these with others that help us discover (1) what we can accomplish and contribute, (2) how we can help others, and (3) where we might find a community that values us just as we are.

Questions for Reflection or Sharing:

(2) Where are you on the task of developing the ability to critique not just cultural stories, but also those in your own head, substituting more empowering ones for ones that limit you?

[1] See Loretta Graziano Breuning, Meet Your Happy Chemicals, for information about these endorphins.