Touching the Soul of the World: A Mythological and Soulful View of Chaotic Times—Free Audio Download 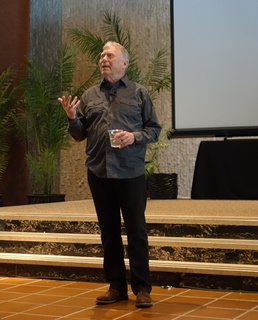 When there is wounding in our culture, there is wounding to the of the world. Many may be feeling “world weary” at this moment in our modern world, but this mood of despair has happened before, suggests mythologist . A distortion in the culture, whenever it occurs, weighs on everyone in the culture—but people have survived this before.  has been collecting myths about the renewal of the  for years,  he tells them elegantly  jubilantly with the use of a drum, a rare treat to watch or listen to.

“The dream of the beauty of nature in its diverse dynamic has been disrupted in so many ways. We have fallen out of the dream,”  reflects, but “if we will look into darkness, we will find something there which, on the individual level, is the image of the .”

To sustain ourselves in the chaotic ways of modern life, we need a practice which allows for a re-imagination of the whole  our part in it….

Read the full summary article or get the link to listen to “Touching the  of the World: A Mythological View of Chaotic Times” from ’s Opening Keynote  at the “Response at the Radical Edge: Depth Psychology for the 21st Century” Conference at Pacifica Graduate Institute, June 16, 2017

Thanks for noting the link, Lynn, as I neglected to do so. Hope you all get a chance to listen. I found Meade's talk very timely and powerful as he talks about current affairs that affect all of us.

There is a link to the recording at the end of the full summary article.

is there a link to the recording?

Thank you! I appreciate this summary article and am grateful to have been present for this powerful presentation. Micheal Meade's work creates hope and community. He is a true bard and wise elder.