Peace one day: a note for all Alliance members

Last night the city of London was plunged into darkness at 10pm. I'm sure many other places were too. The #LightsOut campaign was a way for everyone to mark the 100th anniversary of the start of World War I, on August 4th 1914. The idea was to turn out our lights and light a candle in memory of those who gave their lives.

Many of you will be aware of the prophetic dreams - nightmares - that Jung experienced which were tantamount to premonitions of war.

'By the time World War I had broken out in earnest, in August of 1914, Jung was convinced that his own Apocalyptic visions coincided with the European collective nightmare that had become the First World War.'*

And you may be familiar with he exchange that occurred when, during an interview, Jung was asked if there is hope for mankind. He answered:

"Only if enough people do their inner work."

So really I'm writing this post on and for the Depth Psychology Alliance to honour the work that we're doing individually and collectively to own our own shadows, to bring light into the world, and to help the world to heal one soul at a time.

Everyone who is a part of the Alliance - from our founder Bonnie Bright to the newest member - can take a bow today in honour of the personal courage shown in our willingness to do the inner work that Jung considered the only way to bring peace to the world. 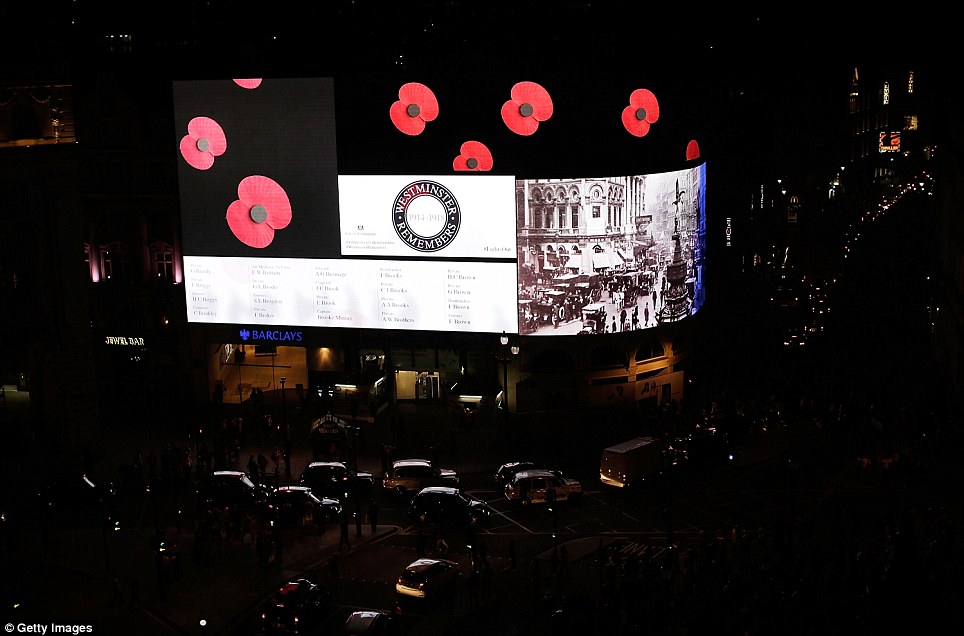 Quote from The Myth of the Last Day by Steven Walker.  Image of Piccadilly Circus at lights out, 4th August 2014, copyright Getty Images.