Need to Lighten Up? Activate Your Jester Archetype 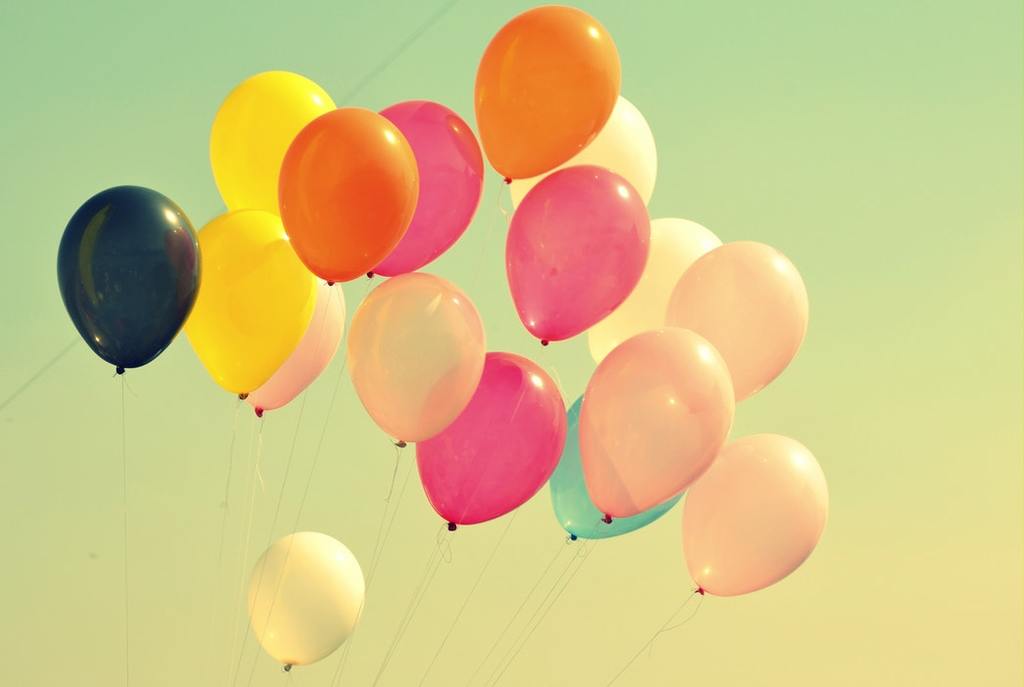 When life feels like a drag and events are depressing, it is a good time to lighten up. For that, we can call on the Jester. You may know this archetype best in the comedian, the entertainer, the party planner, the cruise director, the satirist, the practical joker, or the friends or colleagues who always crack you up.

The Art of Lightening Up

I’m serious by nature, perhaps intensified by working in the field of depth psychology (where I feel as if I should show up like Freud or Jung, looking wise) and my interest in current events, which leads me to worry about the state of things even when my own life is just fine. I know I’m not alone in often feeling stressed by the pace and complexity of modern life, exacerbated by incessant breaking news, most of which is alarming, sad, and worrisome.

I greatly appreciate comedians who make me laugh instead of cry about things our leaders do that I fear are taking the United States over a cliff, or how polarized my country has become. Anything that gets me out of my head, my list of things to do, and imagining future peril is a godsend. So, I love getting lost in a good mystery novel or an engaging film, or doing something recreational—dancing or time catching up with friends and family—that compels my full attention.

Any of us can be momentarily refreshed by taking time to do whatever pleasurable activity most diverts us. Sometimes a humorous remark can distract us from a serious matter we were worrying about, accomplishing a mood shift from fear to cheer. This shift is a bit like the surprising punchlines that elicit laughs in many jokes. (A guy shows up late for work. The boss yells, "You should have been here at 8:30!" He replies: "Why? What happened at 8:30?" Or, Will Rogers: “I don’t belong to an organized political party. I’m a Democrat.”) The brain seems to love that surprise where it needs to realign all the synapses that were going together down a very different path. In contexts where sexuality (or anything else) is not talked about openly, jokes on such topics often result in an explosion of laughter, caused by the shock of having a taboo shattered and it being OK. The related capacity to shift perspectives accounts for the advantage fun-loving people often have in brainstorming and out of the box thinking.

Doing research for my book Persephone Rising: Awakening the Heroine Within, I reviewed happiness studies in preparation for writing the chapter on Dionysus, the god of joy, dancing, theatre, and wine. I learned about simple actions any of us can take that brighten our day, and that release a hit of happiness chemicals in our bodies. The winners include: engaging in a task you love to do so much that you forget about time; doing something nice for someone else; experiencing closeness with people you care about or love; taking a stroll without a set destination; and practicing gratitude for all that is right in your life and the world.

Jesters All Around Us—But Can They Bring Us Together?

A former colleague and I were talking recently about how worry extrapolates from the present into the future to imagine dire outcomes. However, many sudden changes—the fall of the Berlin Wall or the end of apartheid in South Africa, for instance—were unanticipated, shifting our perspectives in surprising ways. From this, we started wondering where current events might be taking us that would be positive, even though not predicted. Shortly thereafter I was in another rich conversation with a colleague who helps leaders connect dots between events that are not usually seen as related to one another, but actually are.

Right now, Americans notice our differences because that is the dominant cultural narrative: we are told we are in a culture war. What if we started noticing how ubiquitous the Jester is, not only on both sides of the divide, but also in our country overall. The U.S. Declaration of Independence declared the “pursuit of happiness” as a universal human right. There may be another country that also affirms this, but, if so, I do not know about it. America may well have affected the world more through entertainment and the invention of jeans and other casual clothing than in any other way. Americans typically have liked their leaders to have a good sense of humor, even being able to laugh at themselves. Presidents Reagan and Obama were particularly appreciated for having that capacity, as were Presidents Kennedy and Lincoln.

Many Americans today get their news from comedians, and in some states like to elect the wildest candidate out there. These are reminiscent of tall tale heroes like Davy Crockett. The theme song from the TV show about him claimed that he killed a bear when he was three years old and later went to Congress, where he “patched up the crack in the Liberty Bell.” Such exaggeration is experienced as fun rather than lies because they are so transparently not meant to trick anyone.

Laughing together bonds families, friendship groups, and work teams and could unite larger ones like organizations or even countries, including my own. Although our people differ on many political and cultural issues, what we share is a comic spirit, even if it is expressed in divergent ways.

The Emperor’s New Clothes and the Court Jester

Some Jester narratives are inherently about the public sphere, and they are rampant in our culture today. Think about the Hans Christian Andersen children’s story The Emperor’s New Clothes, in which the child reveals that the emperor is naked and the clothes are an illusion. In real public life, humorists point out discrepancies between what leaders say and the actual facts, and laughter results from the relief that comes from not having to pretend that what is happening is acceptable if it is not. This type of humor also can poke fun at people who believe fake facts, thus engendering resentment from those being implicitly, if not explicitly, portrayed as conned or ignorant.

Right now, many get a chuckle from saying anything that offends political correctness (i.e., civility), with laughter evoked from getting a rise out of people they regard as elites or as taking on the role of the moral police. While what they are asserting may not be objectively true, it accurately reflects what people they know are thinking and saying. If the content of what is being said would seem ignorant or even shameful to many, asserting it out loud is a rebellion that elicits the joy of refusing to be shamed and of reasserting moral and intellectual status. It also expresses the childlike glee of the practical joker within any of us who enjoys upsetting the uptight adults in the room.

The court jester’s job in ancient times was to puncture the inevitable pomposity of kings and queens, but to do so humorously, so that it brought them down to earth to face realities—about themselves and their situation—that they might not want to see. Ideally, the royals would get the joke and laugh with the court. Modern Jesters also can critique a serious situation in such a light-hearted way that it can be heard. The late humorist Molly Ivins, after listening to a particularly racist political rant, quipped, “It probably sounded better in the original German.”

Humor also can be used to defuse fear of taking action for what you believe in. Examples include the “pussy” hats worn in the women’s marches or reports of sightings of Bigfoot and space aliens submitted to a government website that had called on citizens to report the criminal activities of undocumented aliens, which quickly was taken down as the postings became more and more ludicrous.

Appreciating the Best and Guarding Against Its Slippery Slope

Joy is the fruit of spiritual attainment when it is tempered by love. The Dalai Lama is almost always smiling and making little teasing jokes. Psychologists tell us that not taking oneself too seriously is a sign of a healthy psyche and a confident person. The mature Jester also has a great capacity to care about others as well as the self, while at the same time not allowing an excess of empathy for the suffering of others to undercut happiness even in the most celebratory and potentially joyful moments.

While some comic events—like someone slipping on a banana peel—are funny only if we withdraw empathy from their victims, humor canpromote fellow feeling. This is especially true when we can laugh with someone because we have been there, too, or know we easily could be. Such humor helps us accept as simply normal parts of ourselves that we might be tempted to feel ashamed of. At the same time, withdrawing empathy even for ourselves is necessary to see the humor in some situations that otherwise could be felt as humiliating. Examples can range from something not that serious, like being inappropriately attired for a formal event, to falling down the winding stairs while making a grand entrance or even to breaking your leg in the fall. Most of us initially need to have empathy for ourselves to recover, but eventually, with distance, we can turn difficult events into funny stories to amuse our friends.

Hearing about horrible things happening in the larger world in the form of satire is easier to take than feeling the full wham of how awful they are, but this also can suppress the impulse to do something to help. In addition, using humor to suppress your own pain or your compassion for others can lead one to act as the sad clown (think Charlie Chaplin), whose sorrow is always there under the surface.

Like all archetypes, the Jester has a potential dark underside. For example, the teasing taunts or genial insults that often are part of family life or friendship ideally stay just this side of what could be deeply wounding. Going over this line can happen accidentally or, in the case of bullies of one kind or another, with a clear intent to demean and harm. Those who lack empathy also can be unconsciously cruel (like the modernized Sherlock in the TV series of that name), yet wonder why others do not like them. At an even further extreme, the villain in Batman movies—the Joker—illustrates how this archetype can enjoy wreaking havoc and torturing people. As the Joker explains: “We stopped checking for monsters under our bed when we realized they were inside us.”