Ghosts, Zombies, Vampires, and the Apocalypse: What Are They Warning Us About?

The most profitable film genre in America today offers horror, as does television: These include narratives about the apocalypse, ghosts, zombies, and vampires.

Why do we like them, and what are they telling us?

Given nuclear proliferation, terrorism, and climate change, it is no surprise that people are drawn to movies about the apocalypse. Some of these movies are wakeup calls to heed the threats before us. And for many of us today, the 21st century itself seems terrifying. The quick pace of life, the need to learn new things continually just to keep up, career paths that disappear in the wake of new innovations or trends, jobs offering less or no security: all are unnerving. On top of that, greater awareness of cultural differences around the world or in subcultures within one’s own country threaten deep-seated beliefs, and can upset the fundamental certainties that previously provided the security that comes from feeling confident about what is true. It is comforting to experience vicariously a fictional equivalent of our worst fears, where people grapple with horrible conditions much worse than what we are subjected to in the present, and respond to them in heroic ways.

Fearing the Apocalypse and the “Other”

Watching apocalyptic films and shows offers virtual catharsis that can help people handle contemporary fears. Blockbuster post-apocalyptic movies like The Hunger Games provide metaphors for horrors people are feeling right now, in this case the pressure and competition that many adolescents experience as almost life-threatening, and that sometimes lead to burnout or even suicide. Films such as the Star Wars series warn of fascist and other autocratic takeovers that could result in dystopian outcomes, and offer an antidote in rebellion. Fears are lessened when we know what we would have to do if the worst actually occurs.

Alien invasion plots mirror fears of the “other” that many have in an increasingly multicultural environment. Most present the classic warrior response to the “others”: to view them as invaders and kill them. In the best case, this response can siphon off our terror,” allowing us to recognize that people of a different race or religion, or emigrating from another culture, are just human and not nearly as scary as those horrific monsters on the screen. At the same time, a few alien movies, like Close Encounters of the Third Kind or Arrival, provide insights into differentiating between those “others” that could be friends and allies and the ones that present a true danger, while Avatar offers perspective by reversing the roles. In that film, most of the humans from planet Earth are the evil invaders and the audience roots for the native intelligence, which teaches the better earthlings a thing or two.

But why are there so many walking dead in horror films? Ghosts, zombies, and vampires seem to be telling us that the persistence of past realities is threatening our lives right now. 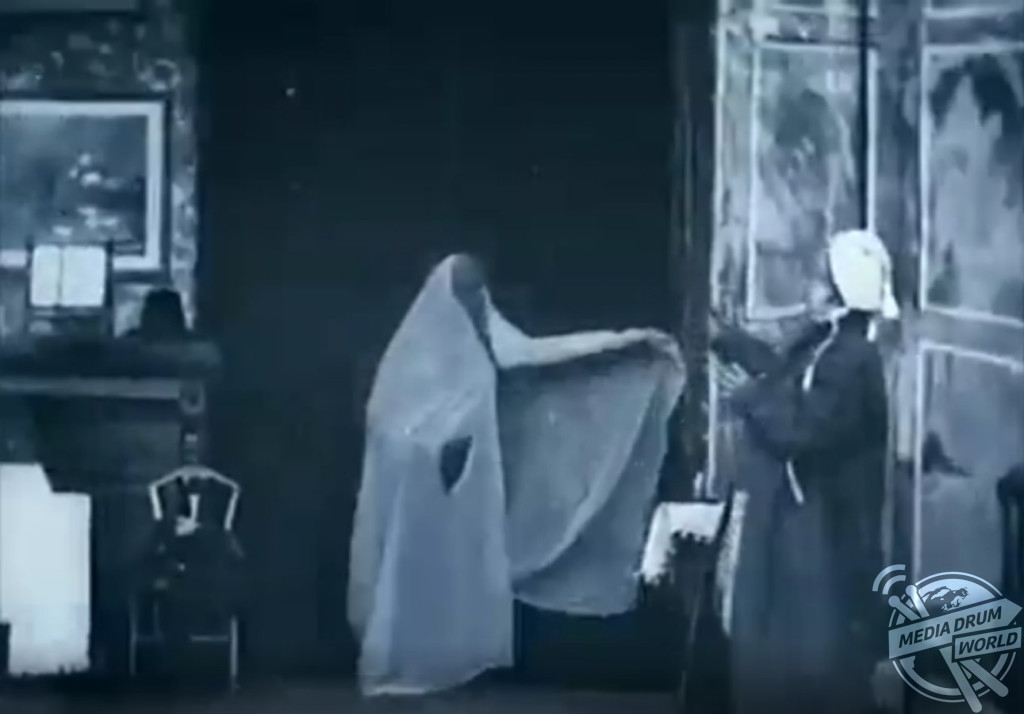 Monsters are real, and ghosts are real too.

They live inside us, and sometimes, they win.

Imagine yourself becoming aware that your home is haunted until suddenly a ghost emerges, coming after you and destroying everything in its wake. You run for your life, hoping desperately that you can get away.

Often ghosts in fiction fail to move on, remaining in a place where they experienced abuse or trauma, or were held prisoner, because they have not come to terms with what happened to them. Such ghosts also are disproportionately female, says Hephzibah Anderson, in “The Secret Meaning of Ghost Stories.”[i] She concludes that women writers frequently have expressed their anger about their own oppressive experiences through the voice of a ghost that creates the kind of havoc the author feels but cannot voice or act out in her own time. In the context of the current #MeToo movement, we hear women beginning to speak out about harassment and abuse—even rape—that they had been afraid to share, yet the memories of which still haunt them. Men also have such experiences, as we learned regarding priests who abused altar boys and now with adult males joining the #MeToo movement and similarly telling of how persistent the sense of traumatic violation is. Anyone can be haunted by past trauma, including those with war-related PTSD. In his story collection The Things They Carried, veteran and author Tim O’Brien writes, “I carry the memory of the ghosts of a place called Vietnam….”

Reentering the environment in which the trauma occurred can resurrect buried feelings related to such an event, and the fear, rage, and horror still haunting us can emerge with violent emotions. These persist until the event is integrated into our psyches (ideally with some help from a trained therapist). An individual or an entire culture also can be haunted by the memory of being the oppressor. Denying wrongdoing or working to repress an individual or collective memory of the harm done to another shuts down the heart and the mind. Restored health and wholeness are accomplished most powerfully through finding a way to atone or at least feeling and expressing remorse, learning from what you might wish you had done, and behaving differently in the future. In the meantime, ghost stories can provide vicarious experiences that help us identify the way that we are like the ghost or his or her tormentor. Either way, we can act to free the ghosts within. 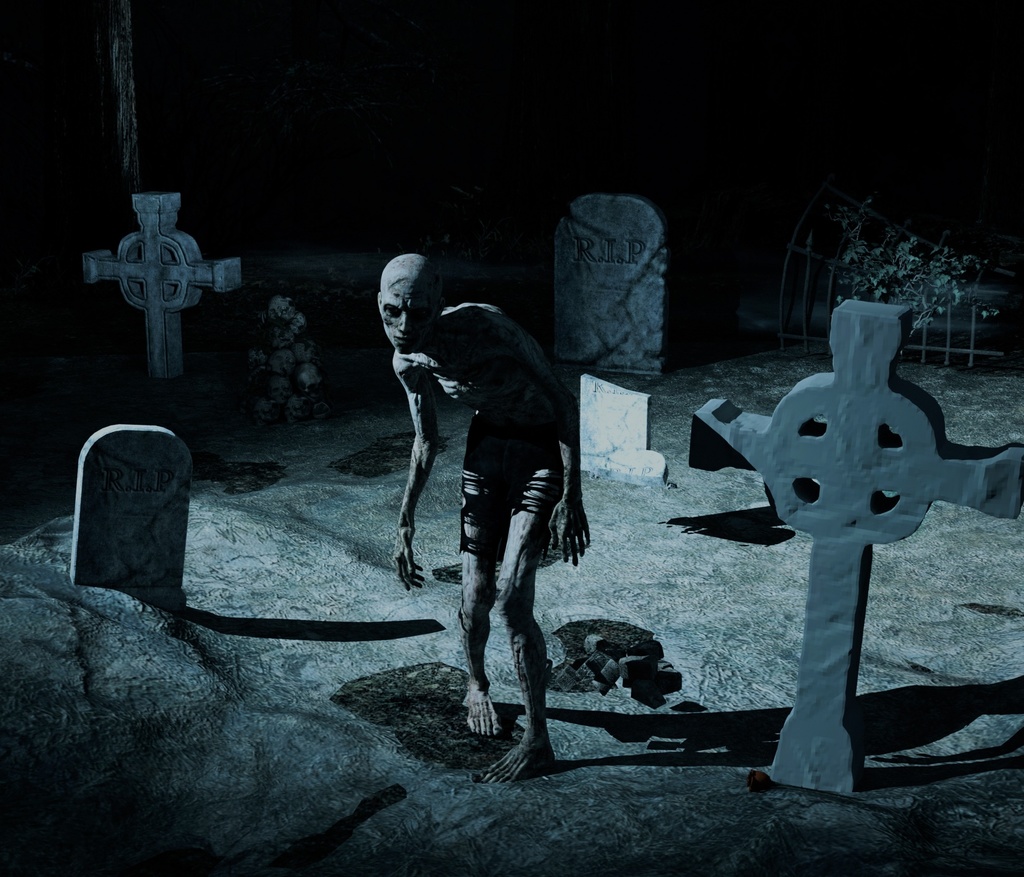 Are the Walking Dead Eating Our Brains?

When winter sets and the land begins to shiver,

The Flayed Man will start to rot and wither.

Imagine you are huddled with others as zombies surround your hiding place, seeking to eat your brains. They are terrifying creatures with rotted flesh that falls off as they lurch toward you. What makes this worse is that the hero of such a story, who you may identify with, never knows which human that seems to be an ally is on the way to becoming a zombie—and it could be you.

Comic book writer Alan Moore nailed why zombies are so popular right now: “Culture is just a shambling zombie that repeats what it did in life; bits of it drop off, and it does not appear to notice.” Any of us who has continued living an old pattern in new circumstances knows what it feels like to hulk around zombie-like, repeating old habits that make us feel less and less alive. We see this in society and politics today, where so many people want to turn back the clock and live in the past. After all, they believe, that was a time when people knew what to do and how to act, which they still regard as the norm.

But what about this eating brains business? Zombies started eating brains in the movie The Return of the Living Dead. Jack Flacco explains that the brains “provide zombies with the necessary endorphins to dull the pain of Rigor Mortis brought about by decomposition. The more brains, the less pain.”[ii] If we read zombie movies as metaphors, we can see them as warnings about how living old, dead ideas and patterns of behavior makes us dumb. We observe around us how people who yearn to live in an earlier time concoct fake news to invite others into this alternative world, and the temptation others feel to respond in kind. There is short-term comfort to be found in tribes of agreement, but zombie stories warn us that the result of all this will not be pretty. Zombies kill the living, just as trying to live in a world that is now dead can kill our aliveness. To remain energized and human, it is critical to have a learning mindset so that we can deal with real threats and say “Yes!” to new opportunities. 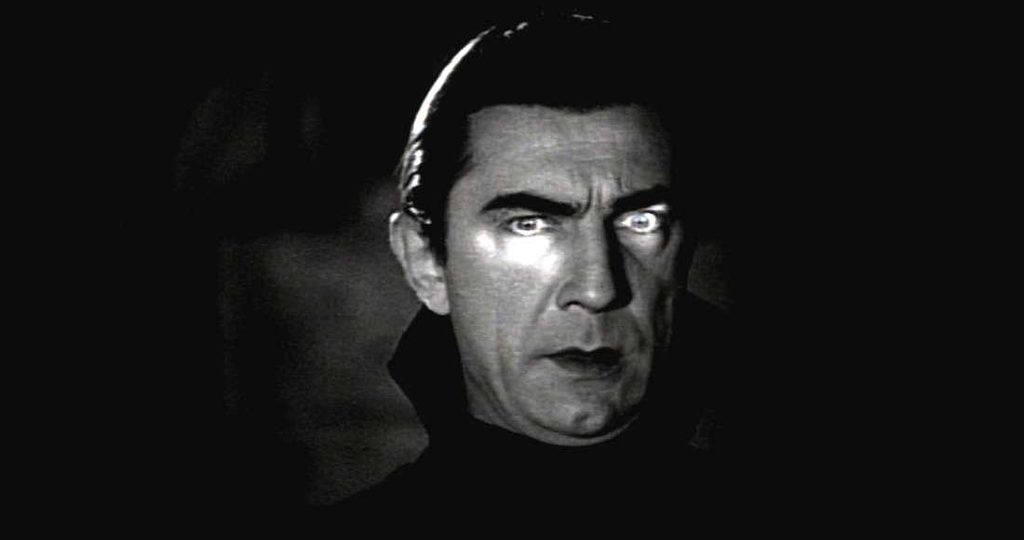 Are Vampires Really Drinking Our Blood?

To make you a vampire they have to suck your blood. And then you have to suck their blood. It’s like a whole big sucking thing.

Buffy, “Welcome to the Hellmouth,” Buffy the Vampire Slayer

The vampire’s appeal is erotic, but an eroticism connected not with life, but with death. Who among us has not wanted occasionally to retreat from life and just put the covers over their head? Failing that, a drink or binge eating or distracting oneself with work or shopping might suffice. But vampires want more. However, it has likely occurred to you already, reading this, that the vampire is a great metaphor for the appeal of addiction. No wonder vampires are all over popular media today. Vampire stories are mimicking the allure of the momentary high that eventually, if continued, results in death. We live in a culture that, in the midst of an opioid crisis, also offers all sorts of more socially acceptable addictions.

Meanwhile, the wealth of the world keeps trickling up to a few, a capitalist phenomenon that Voltaire described as “stock-jobbers, brokers, and men of business, who sucked the blood of the people in broad daylight.”[iii] In my view, the current capitalist vampire does not consist of individuals; it is the meritocracy story. In the context of growing inequality and limited access to upward mobility, it nevertheless tells us that some of us are winners and some losers—somebodies and nobodies. This creates an addiction in some of the wealthy, so that they always need more and more money, and more and more of the trappings of wealth, to feel OK. At the same time, this internalized story is sucking the self-esteem right out of many ordinary folks—that is, if they buy into that storyline. Similarly, the veneration of celebrities leaves many people dependent on their “likes” or on their ratings, fearful that without them they are nobodies and do not count.

All these horror stories are cautionary tales, asking us to heed their warnings so as not to fall into their traps:

And, most of all, recognize that you are the best you that will ever be. You do not need to judge your self-worth by your net worth, how well known you are, or how you compare with others. The truer you are to your best self, the less likely it is that your life will become or remain a horror story.

[iii] From his definition of Vampire, Philosophical Dictionary.