Bill was a comedian, a preacher and a prophet. A student of A Course In Miracles, he used comedy to convey his message about the need for humanity to evolve. (Consider his rallying cry of ‘not one human being excluded’ here.)

Towards the end of his life, Bill was working on a TV programme about the collective unconscious.

‘.. that summer, he and Fallon Woodland began codifying an idea for TV Bill had been kicking around called Counts Of The Netherworld. They penned both a treatment and a manifesto to explain the idea. The counts, Bill and Fallon, would “encourage the spark in every mind to join them in illuminating the Netherworld of our Collective Unconscious.”

The rest of the iceberg, that hidden below the water’s surface, is called the “personal unconscious”, the home of thoughts, feelings and urges. The contents of the personal unconscious are things that are developed environmentally – who your parents were, what books you’ve read, where you live. The collective unconscious, however, is a little different: one consciousness connecting everything. It is the part of the mind that is determined by heredity; something pre-figured by evolution.

So awakening the unconscious mind involved Bill and Fallon sitting in a lushly decorated Victorian-era salon to explore ideas and “celebrate” the ones that free the human spirit while “skewering unmercifully” those that don’t. That was the idea…

‘Bill is holding a book of Carl Jung’s work, which he is leafing through thoughtfully.

BILL:
You see. Jung has this idea of a Collective Unconscious which mankind shared… and I agree. But! I think this Collective Mind is supposed to be conscious not unconscious! And that is our job as Agents of Evolution – to enlighten – to bring light into the dark corners of the Netherworld and thus awaken our Mind to Truth and complete the circle that was broken with the dream of our fall from Grace. ‘

Do you agree with Bill?

Do you think ALL of the collective mind is meant to be conscious? 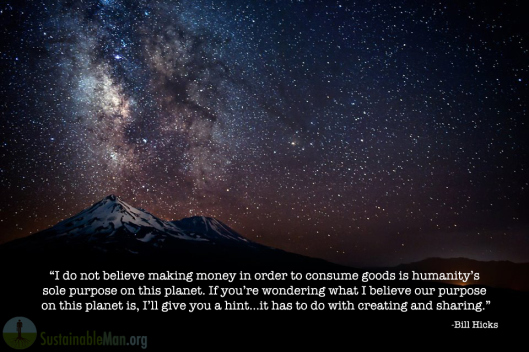 Extract from: ‘Bill Hicks, Agent of Evolution‘, by Kevin Booth and Michael Bertin.