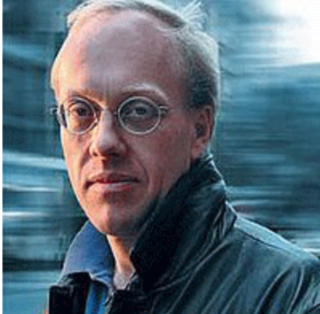 When I met Chris Hedges online for our recent interview together, I could see why Pacifica Graduate Institute invited him to speak at their milestone 40th anniversary celebration conference, Climates of Change and the Therapy of Ideas, which takes place April 21-24, 2016, in Santa Barbara, CA.

As a Pulitzer Prize winning journalist, Hedges carries with him nearly two decades of experience reporting from war-torn countries like Yugoslavia, El Salvador, and also Gaza and South Sudan. In this capacity, he has witnessed the decline and disintegration of multiple societies, a perspective which has surely influenced his capacity regard the decline and potential destruction of our own modern culture that seems severely out of order.

He has been described, more than once, as being “dark,” which, from a depth psychological perspective, I’m quick to assure him, is actually a compliment. Depth psychology insists we look under the surface and in the margins of things in order to better understand them, and then requires that we witness and hold what we find in spite of the darkness from which we might easily prefer to flee. Chris appears to take this in stride: recognizing and carrying the knowledge that contemporary society is facing its own morbidity, in some ways, has fallen squarely on his shoulders. 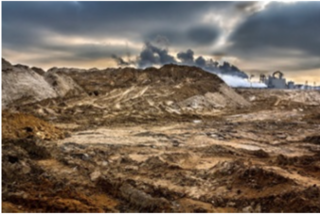 Hedges notes that, as both individuals and civilizations, we encounter cycles of growth, maturation, decadence, and decay, and death. In contemporary society—especially modern society—we can see the signs of morbidity around us, in our boundless use of harmful fossil fuels, in much sought-after expansion beyond the capacity to sustain ourselves, and in the physical decay of the environment and in the places we inhabit.

There are common patterns and common responses to decline and collapse across eras and cultures. While our culture is more technologically advanced in comparison with that of Easter Island, for example, it is arguable that human nature has not really changed. Who was it that cut down the last tree on Easter Island, for example? He wasn’t thinking, Hedges asserts, and neither are we today! Since the Jungian viewpoint is that we are each on our own journey of individuation, increasing consciousness... (Click here to read the full post)

He's been carrying the shadow on our behalf for a long time. Nothing but admiration

Powerful interview - and timely. Whether positive or negative, dark or light...it is a Pandora's box that invites deeper inquiry and discussion moving forward.

Thank you Chris Hedges and Bonnie Bright for this in-depth interview.