This past week, here, we have spoken of what I've learned about shadow and light while teaching myself to paint over these many decades. We touched on shadow cast around objects and features that are in light, even dim light. We spoke about the kind of shadow that occurs because no light reaches whatever is there, as in a crevice, a sink hole. Both being different kinds of shadow that can be extrapolated, that is compared to the way an individual's psyche is put together also.

We talked about shadow not usually being dead black, but most often carrying color... and that one has to develop observation to see the color nuances. As in psyche too, consciousness means meditative practice of discernment, the development of being able to see in acute ways.

We have spoken about what I call 'the radiant shadow,' as in the moon, which is radiant reflected light... and this kind of shadow can be seen also in the individual psyche, compelling, and used beautifully or malignantly. I spoke of the Baba Yaga and Vasalisa and the fiery skull of consciousness, and the black cinders of self-destruction. I spoke of Bluebeard as an example of a radiant shadow lost of soul. For all those mythos and stories carry strong notations of shadow. 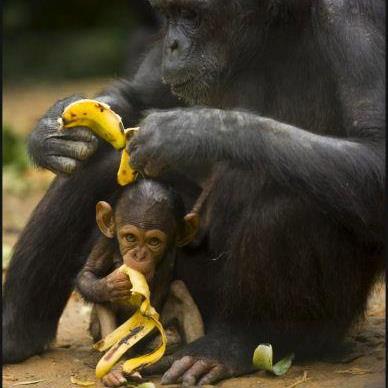 Here is one more kind of shadow, then. The shadow of that indicates sweetening lies beneath.

In the image-- on this beautiful yellow fruit, the dark aemeboid shadows on the skins, do not indicate spoiled, they indicate ripe.

Think of that... ripe where there might be dark as in a bit of deterioration... there is also underneath, succulent sweetness.

I think of many examples of this I've seen in my lifetime... one deep memory from childhood: how children in hospital though so 'bruised' were yet so sweetened. There I lay in hospital for weeks... with other children with polio, cerebral palsy and other devastating injuries and illnesses. My leg had been cut across to the bone at the hip in a terrible night-sledding accident...

Though the 'child psychology' of the time dictated that children were self-interested creatures ever needing reining in, I found the opposite true. Our little darkened children's hospital ward was like a busy little beehive ... because of the children wheelchairing back and forth to the bedridden, to comfort and cheer one another.

The injured child, was often there, the most cherishing of others. Bruised, and yet the sweetness within-- vast.

This is true, I believe for most of any age of person. The harshness of matters cannot be erased. But one can decide one's attitude and actions, to stay, whenever one can, to the center, to the soul and to its inextinguishable love for so so very much and so very many.

Though dark can indicate rot, as in gangrene, and there is in psyche of some... a gangrenous state that is darkened... meaning circulation of new ideas, of innocent love, of kind regard --are tourniqueted or frozen by some other force of psyche...

but, here, the darker notations on the fruit mean it is sweet and good to the taste. There are aspects of personal and cultural shadow that are like this also, bruised atop, sweet underneath.

Regarding this image of the parent and child too, I would wish for all souls to remember they are both the child-- and the one who watches and shelters. Not one without the other. No matter one's age. This is a natural balance set into the psyche and for sake of balance is best made conscious, tendered and tended to, mended where need be, taken in account in all matters.

The vulnerable spirit [the innocent animating force] is ever to be bound to the greater [Soul]... and these held in even the larger sacred hoop of the Greater, throughout life.

To each her own. To each his own.

*To see the sweetening, look to the shadow left by the bruise. It is often there, right there.*

This comes with love,
dr.e

"The Sweet Shadow: Darkness as Signal of Sweetness Underlying", from manuscript on The Little Book of The Shadow and the Light, ©1989, 2013, by cp estés, all rights reserved.

CODA
One of my cousins sent to me, this image of mother and child,. It made me smile that "being in the shelter of...." for in psyche, soul and soma, we are both the littleling and the giant, in the shelter of each other.'