Archetypal Remedies for #MeToo and #TimesUp: How Not to Be Part of the Problem 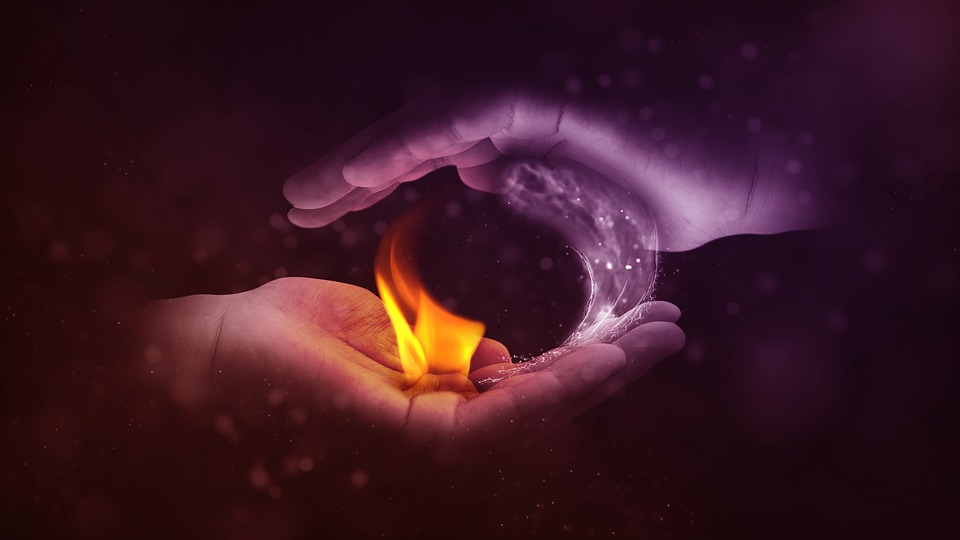 Gender roles are in flux in a good way, so that we all have access to archetypes related to human attributes that have been divided up by traditional sex roles. Psychologists believed for much of the 20th century that mental health required fidelity to traditional sex roles, which often, when viewed in archetypal terms, meant Warrior and Explorer archetypal behaviors were expected to predominate in men and Caregiver and Lover in women. But attitudes evolve with the times. C.G. Jung, early in the 20th century, believed that by midlife a man needed to integrate his feminine side, which he called the anima, just as a woman needed to integrate her masculine side, which he called the animus.[i] In the 1970s, psychologist Sandra Bem demonstrated that successful people were more androgynous than ones locked into more traditional gender identities throughout adult life.[ii]

Psychologists now generally help both men and women be true to their authentic natures, regardless of their genders, as long as the way they behave does not make them dysfunctional in the world in which they live. Many individuals today, especially the young, see gender itself as on a continuum, thus loosening the categories and allowing more and more people to simply be true to themselves, rather than stuck in roles. To understand why there still needs to be a #MeToo movement this long after the feminist movement of the 1970s, it is important to recognize that we are in the midst of a major unfinished revolution, so that behaviors persist in both men and women that are remnants from a patriarchal legacy that defined people by roles within a hierarchy and believed that social good came from everyone staying in the roles to which they were assigned.

Historically, the male role and what people saw as being masculine has had a Warrior and Explorer cast to it. Men were supposed to go out into a brutal dog-eat-dog world and compete to provide for their families, becoming then the head of the family as well as running the public world (which also assumed a masculine Ruler archetype power-over-women dynamic). The female role, and what was seen as being appropriately feminine, assumed Caregiver and Lover traits that were required to meet role expectations: Women were to take care of the home, the children, and the husband, providing the emotional safety, intimacy, and pleasure that the husband otherwise would not experience. When women worked outside the home, they were encouraged to do so in related caring, service, or decorative functions.

The Warrior, Caregiver, Explorer, and Lover are archetypes available to us all[iii], and we live in a time when we do not have to repress half of our human potential to get along in society. And even in the 20th century, as long as someone showed enough of their gender’s scripted archetypes in their behaviors, they could, and did, branch out to become more fully whole. Many of us growing up even before the feminist movement of the late 1960s and 70s had real dads who, in practice, were not completely defined by this divide. Such dads contributed to caring for us. Many moms similarly took care of us while also braving what was seen as the tougher work world.

The Lover archetype also was frequently present for men, at least during courtship, and has always been evident in marriages based on genuine love and caring for one another enhanced by mutual desire. Happy marriages often were partnerships where love was stronger than the patriarchal power dynamic in the larger world, as they are now. For many in all classes in the past, marriages were primarily role based, and considered to be good if each partner simply contributed what their sex role required of them. However, in the upper classes, marriages were and often still are about status. Royalty married to unite powerful families, and today, many highly successful men acquire trophy wives as status symbols.

Since the 1970s, women’s roles have expanded greatly and men’s somewhat. Unfortunately, in some circles the macho ideal continues to define masculinity as not being a sissy, meaning not being like a girl. Male bonding can then be accompanied by cruel teasing of boys and men if they seem to be caring and/or in love (pronounced “luuuhv”). This hurts all of us, as male-ascribed archetypes without their feminine complements can be heartless and ruthless.

War Stories With or Without the Caregiver and Lover Archetypes

Given current ideas about men, most of us find it shocking when we read that Buddhists are raping and pillaging in Myanmar. Judeo-Christian and Buddhist teachings both emphasize the requirement to love, the former saying “Love they neighbor as thyself” and the latter, “Practice loving kindness.” So how can we explain rape and pillaging behavior, when, theoretically, male warriors should live by the ethics of their religions? The Warrior archetype’s expression requires a withdrawal of empathy (so that warriors can kill without feeling for their enemy). In its most ruthless mode, the Warrior assumes that all the spoils of war, including women, are for the taking. Raping and pillaging, of course, result in any enemy wanting revenge, creating a vicious cycle.

American soldiers in World War II were expected to show care and restraint, not just for one another, but for civilians and captured enemy combatants as well. The post-war Caregiver Marshall Plan helped to create long-term peace in Europe, including with countries that had been our enemies. But the potential for the expression of the negative Warrior underbelly is always there, sometimes even in soldiers whose religious traditions should be a check against such behaviors.

Business and politics often mirror a war story. In both, we see what happens when caring and empathy are not operating as a check on winning, so that success can come at the expense of other people or the earth. Warrior takeovers of other companies can be brutal and mirror patterns of imperialism, while mergers done with a Warrior/Caregiver spirit can bring out the best in both. Warrior political wins are often about gaining the policy and economic spoils, and then treating the other party as a conquered nation. However, in times when the Caregiver also is present, civil discourse with the Warrior, such as when Democrats and Republicans have found common cause, can lead to an ability to protect a country from genuine dangers and further the general welfare of its people and the larger, global common good.

What Does This Mean for the #MeToo Movement?

When the Warrior and the Explorer partner within men without the softening, empathic archetypes expected of women, romance becomes conquest. Getting the desired object in bed is a way of winning, which offers sensual pleasure without love or caring, often followed by a quick escape from responsibility for any consequences. In romance as in commerce, some men assume that if they have bought dinner, they are entitled to sex. If men are powerful enough, or if they pay a woman’s salary, some then assume that she will let them talk dirty, act dirty, grab her private parts, or otherwise engage in sexual activities with them. Sadly, all this can be reinforced through male bonding within some groups as something to brag about and be envied for. It also happens in peer relationships, with men showing dominance with pin-up pictures on the wall and sexually demeaning comments. All this would not be happening if the men involved could and would empathize with what this would feel like to a woman. Indeed, such empathy is possible: Men with awakened Lover and Caregiver archetypes have no trouble manifesting it.

At the same time, Caregiver and Lover dominance in women, without the strength and power of the Warrior and Explorer, can lead to victimization. We still have wives who put up with abuse, hoping to transform the beast by just being more loving. Some wonder why women in demeaning or abusive situations do not immediately speak up or leave. Yes, part of this results from a lack of economic opportunity or a protective Caregiver impulse to stay to protect co-workers from an oppressive boss or the children at home from an abusive husband. Without an awakened inner Warrior and Explorer, women may not know how to defend their boundaries or have the courage to walk away.

Without these archetypes, the first impulse of the Lover/Caregiver is to take care of, please, and make nice even when being treated as secondary (paid less, not listened to) or being harassed or abused. Sadly, just dealing as creatively as possible with abuse has been seen as a functional response for women in a world where men had all the power. And tragically, such situations persist. Still today, we see women fired for not being considered nice enough to fit the feminine role and or derided as sluts if they give in to sexual demands in order to keep their jobs. Even in cases where romantic involvement is reciprocal, most often it is the woman who loses her job when the relationship ends. But in all these cases, women find that even when they do speak up, they are not listened to.

Given all this, we cannot just declare that the time is up for gender related harassment and abuse and think it will happen. We can, and should, withdraw society’s implicit acceptance of such conduct. That is, however, just the first step, along with clarifying legal gradations of minor and major oppressive behaviors, with clarity about the consequences. We then need to tease out the roots of this repressive pattern, not just in history or regressive social attitudes, but also in our psyches. Yes, power corrupts, but power expressed through the Warrior/Explorer duo often stamps out caring in both abusers and their traumatized victims, who can then become numb. While part of the solution is a more equitable society, we also must deal with archetypal forces that keep some men and women trapped in oppressor/victim situations, while also helping all of us become more healthy and whole. All those, and all of you, who combine strength and caring in how you behave already are part of the answer.

If that is you, keep it up. If not, you can use archetypal awareness to develop the qualities that will expand your range for your good and that of others.

[iii] If you are unfamiliar with these archetypes, check out my website (www.herowithin.com) or see my books Awakening the Heroes Within or What Story Are You Living?