I've been reading about soul and time.

One of the wisest descriptions I've come across is from poet John O'Donohue.

In this extract interviewer Krista Tippett asks him about time:

JOD: 'I think that one of the huge difficulties in modern life is the way time has become the enemy.

KT: Time is a bully. We're captive to it.

JOD: Totally, and I'd say seven out of every 10 people who turn up in a doctor's surgery are suffering from something stress-related.

Now, there are big psychological tomes written on stress. But for me, philosophically, stress is a perverted relationship to time. So that rather than being a subject of your own time, you have become its target and victim, and time has become routine. So at the end of the day, you probably haven't had a true moment for yourself. And you know, to relax in and to just be. Because, you know, the way in this country - there's all the different zones. I think there are these zones within us as well. There's surface time, which is really a rapid-fire Ferrari time.

JOD: Yeah, over-structured, like, and stolen from you, thieved all the time. And then if you sit down, like, Dan Siegel, my friend, does this lovely meditation, you know: You imagine the surface of the ocean is all restless and then you slip down deep below the surface where it's still and where things move slower. And what I love in this regard is my old friend Meister Eckhart, 14th-century mystic.

The full interview can be viewed at the On Being website. 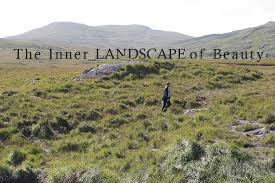