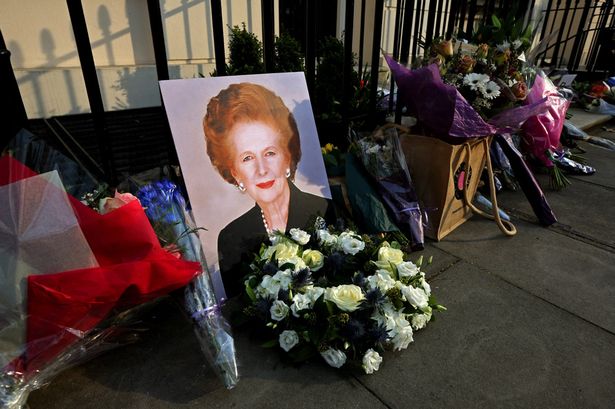 The news of the death of former prime minister Margaret Thatcher is stirring strong feelings.

On the one hand are the platitudes from public figures including an epitaph from her political descendant, current prime minister David Cameron declaring that she made Britain great again. On the other hand we're seeing an angry backlash from a public that regards such talk as a whitewash: the most conservative of national newspapers, the Daily Telegraph, was forced to shut its comments section within hours of the news of her death breaking, such was the avalanche of abuse with which the paper was inundated; there was a gathering to celebrate her death in Trafalgar Square on Saturday (two decades in the making) and the likely cost of the funeral is being criticised (guestimates have reached £10 million).

The roll call of Thatcher's time in office includes the waging of what is still seen by many as a needless (Falklands) war, the shameful treatment of the mining communities, the destruction of trade unions, the introduction of the disastrous poll tax, economic conditions that caused the 1980s riots, even a denial of the very concept of society.

Politically I lean to the left, not least because my childhood was marked with the economic suffering of a provincial working class family under the Iron Lady's rule. Even so, I wonder: if Thatcher been a man, would these and her other policies have evoked quite the same levels of vitriol that we're still seeing now? Is it in part because she was a woman?

Take free school milk as an example. When Thatcher was in power, the Treasury suggested stopping free milk being distributed to schoolchildren; Thatcher was vilified for it (hence her still being known as 'Thatcher the milk snatcher'). On a symbolic - ie, depth - level, a matriarch was seen not to be nourishing children but to be taking milk from them. A recipe for trouble.

The funeral takes place this Wednesday April 17 at 11am. While the public cannot attend, they can line its route. There is talk of people turning their backs on the coffin and public disturbances. While not a state funeral, the funeral will take place at St Paul's Cathedral with military honours - that means a gun carriage, effectively putting the funeral on a par with that of Diana, Princess of Wales. And today we learned that the chimes of Big Ben will fall silent as a mark of respect for the first time since Winston Churchill's funeral in 1965.Clearly, feelings are running high.

Perhaps we are seeing mother issues that will not be easily laid to rest?