‘The word was first used by the psychiatrist Théodore Flournoy,[2] in reference to the case of medium Hélène Smith (Catherine-Élise Müller) to suggest the high incidence in psychism of "latent memories on the part of the medium that come out, sometimes greatly disfigured by a subliminal work of imagination or reasoning, as so often happens in our ordinary dreams.” - Wikipedia

On my journey of learning about psychology, I had an experience of cryptomnesia, the meaning of which I am still working out. In late 2010, I had this dream:

The Dream: My son and I had pulled up to a strip mall in my honda civic, got out and asked the people hanging around the front where a particular place was. After we got back from down the way, I noticed the front seats were skewed and damaged.

When I asked one of the guys what happened, he didn’t know. He says, “are you accusing me?” I was thinking he did it but I hadn’t accused him. He says, “what are you going to do about it?” and I say, “well, I’m not going to attack you, if that’s what you mean.” He says, “why?” and I say, “because that’s not how I handle things”. He says, “your car will be ready in a half an hour. You can wait in there,” pointing to the store in front (where they were hanging around).

We go inside and there are kids riding skateboards, people going here or there but not in a normal, commerce sort of way. If they were buying things, it was not evident. I was sitting in this place when a voice says, “there are worlds within worlds”,  which reverberated resoundingly in my head.

The best way I can describe it, sitting next to me is an eight foot, black, being. “It” was either hermaphrodite or genderless- I’m not sure which. I asked it, “haven’t I seen you somewhere before?”. Non-committal, or no response. I asked, thinking vaguely of seeing my friend C____ (real life person), “did I meet you in Colorado Springs?” Stoic denial of this assertion, a grunt in the negative, maybe a shake of the head. I woke up.

Upon awakening, I was blown away by the intellectual and emotional impact of this dream. Not only had I met a real life Archetype- maybe, but I had the experience after an obvious runaround by a shadow figure if I understood the terminology correctly. Emotionally, I was charged up, excited, reeling from the meeting with this being, the contact of which left me with that “numinous” feeling of having had a mystical experience. I felt that I knew the reference to “worlds within worlds”, or its meaning would become apparent with some reflection.

To back things up a bit, I must give some personal associations to this dream. The day before, I had met an 82 year old black woman, who had shoulder length corn-rows, much like the being in the dream. She was at the bottom of a staircase, and when I gave her directions to the elevator, she stated emphatically that, “if I do that, I’ll die!” and she proceeded to run up the stairs at a trot, full of life. I was impressed, for sure. This happened in the building (see photos on my page here: http://http://www.depthpsychologyalliance.com/photo/photo/listForCo...) that is full of the imagery of individuation, right under the ceiling mural, none of which I had interpreted in 2010. At mid-life, I hoped I would have that much life in me at her age.

I searched for this information about “worlds within worlds”. At the time, I didn’t catch any meaningful references through the search engine of my browser. Every time I ran across references to entering worlds, all the obvious stuff, I looked closer. I thought that it seemed familiar but never found anything relating to it.

I continued to read Jung and have learned much, even applying Jungian dream analysis to my dream journal of several years, validating through my own experience the concepts I had found to explain my world and reality.

Lately, in August of 2014 I had the good fortune to read The Dream and its Amplification, edited by Erel Shalit and Nancy Swift Furlotti, from the Fisher King Press, which I had seen advertised on depthpsychologyalliance.com. Several depth psychologists explain the art of dream analysis. Authored by Gilda Frantz, the last article in the book is introduced by this poem:

He looked at his own Soul

with a Telescope. What seemed

all irregular, he saw and

shewed (showed) to be beautiful

Constellations; and he added

to the Consciousness hidden

I immediately recognized the poem but not where I had read it. Back to the search engine, the result revealing the poem’s presence in Aniela Jaffe’s introduction to Memories, Dreams, Reflections. Rushing to the bookcase, I opened my copy and there it was, the Coleridge poem, as the very first words of the book. I had bought that book along with Man and His Symbols back in 2010, before having the dream with this reference, completely forgetting that I had read it, even after being reminded of it by my own psyche. Jung’s quote is relevant here:

“Perhaps it may be easier to understand this point if we first realize the fact that the ideas with which we deal in our apparently disciplined waking life are by no means as precise as we like to believe. On the contrary, their meaning (and their emotional significance for us) becomes more imprecise the more closely we examine them. the reason for this is that anything we have heard or experienced can become subliminal- that is to say, can pass into the unconscious. And even what we retain in our conscious mind and can reproduce at will has acquired an unconscious undertone that will color the idea each time it is recalled. Our conscious impressions, in fact, quickly assume an element of unconscious meaning that is physically significant for us, though we are not consciously aware of the existence of this subliminal meaning or of the way in which it both extends and confuses the conventional meaning.” Jung, Man and his Symbols, pg. 27

Flashback to 2010- I remembered reading and appreciating the S.T. Coleridge poem when I first cracked open the book. I remembered that I wondered if I could look into my soul, or mind, as with some sort of tool like a telescope in metaphor, and also find “hidden worlds within worlds”.

Tensin Wangyal Rinpoche, in Unbounded Wholeness, advocates the seeker to find an “inner refuge” that exists within all people, effectively a safe inner world, held within our outer world.

In its way, the whole dreamworld is an inner refuge; a playground of ideas, fantasies, a milieu for communication with the unconscious for those who have learned to speak the language of symbol and metaphor. Paying attention to dreams, we have access to “hidden worlds within worlds”, as promised by S.T. Coleridge and the projected archetypal being.

Some information about S.T. Coleridge (1772 -1834) that is interesting, is that he is considered by some to have had a special intuition with dreams, a predictor and promotor of ideas taken up by the men who later formed modern psychology as we know it. In his Complete Poems, my initial perusal has turned up very surprising poetic references and insights about dreams for his time, including the anima and other archetypal characters, familiar mythological and alchemical motifs. He wrote the “nightmarish vision” of the Rime of the Ancient Mariner and Kubla Khan.

My journey continues and I believe I have not yet found all the meaning in the symbols, as is fitting to their nature. The sublimation of my own conscious contents by the unconscious has given me a personal experience of cryptomnesia, the meaning of which I am only beginning to unravel. Besides having made some references to this dream, I have avoided plagiarizing the work of S.T. Coleridge. 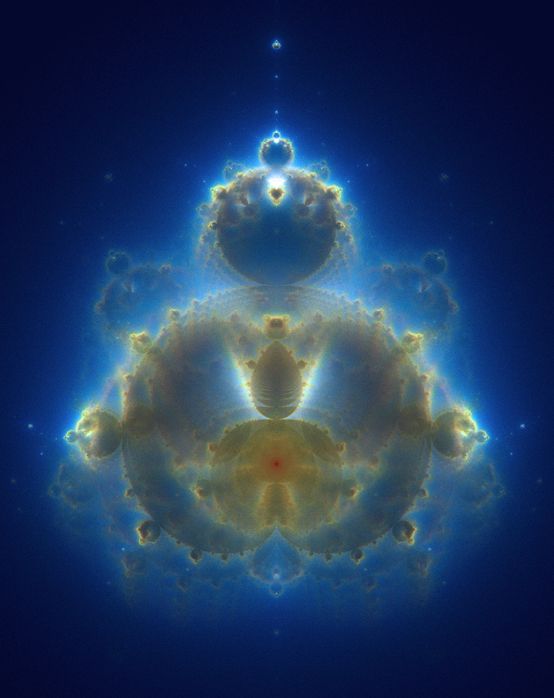