In this third blog inspired by the murdered children of Sandy Hook I want to look at the archetypal image of the King.

The Archetypes: In their great book King, Warrior, Magician, Lover: Rediscovering the Archetypes of the Mature Masculine(http://www.amazon.com/King-Warrior-Magician-Lover-Rediscovering/dp/0062506064),…

In moving into the new year of 2013, we come face to face with possibilities, perhaps hopes and dreams. This gives us an opportunity to take stock of what spiritual faith means. In a New York Times article entitled, The Freedom of Faith (http://opinionator.blogs.nytimes.com/2012/12/23/the-freedom-of-faith-a-christmas-sermon) matters of  human need and human conscience are addressed.…

Our instruments have no way of measuring this feeling
Can never cut below the floor, or penetrate the ceiling.
In the space between our houses, some bones have been discovered,
But our procession lurches on, as if we had recovered.

Our documents are useless, or forged beyond believing.
Page…

The Journal of Archetypal Studies vol. 2: Towards Beginnings: Images of End

Vol. 2 kindles the spirit of Breaking Plates in asking why thinking on beginnings and endings is crucially important today. The essays here may move us to rethink both how we choose to interact with this topic, and how our behavior in our current local and global environments will indelibly give way to new (as of now, unforeseeable) beginnings.

The French writer Albert Camus wrote, "A man's life is nothing but a slow trek to rediscover through the detours…those one or two images in whose presence his heart first opened.” The poet Stanley Kunitz believed that writers have key images that captivated them as children, and they keep working these images over and over again in their writings. The mythologist Michael Meade says that at the core of each of our lives is an image that first “moved us” into the world. And Walt Whitman…

Light in the Darkness: Astrology of the 2012 Winter Solstice

In the Face of Trauma: A Depth Psychological Approach

In the aftermath of the terrible tragedy of the Sandy Hook Newtown Connecticut mass school shooting, many of us are experiencing some degree of trauma–whether we knew the victims firsth or not. In fact, there are many reasons we may feel increasingly traumatized in a culture where chaos seems to be the norm, rather than the unusual.

Psychologist  trauma expert, Robert Stolorow (2010) designates the contemporary era an “Age of Trauma” because, according to… 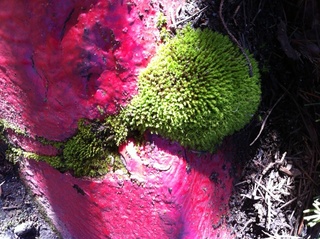 If someone had a dream of the massacre of children; a mother slain by the son’s own hand who then takes his life, what would it mean?

As the world searches for answers – and perhaps new questions – in the wake of the slaughter in Connecticut, I struggle to imagine what I would do if I were sitting with the author of this dream.

“But this is no dream,” you cry. “This is a horrible reality.”

Yes, but as we search for…

Apologies for my long absence, but you may be interested in this UK initiative to promote public access to mental health services: http://www.newsavoypartnership.org

I understand this is also a big issue in the US - along with gun control - as highlighted in the tragic Connecticut shooting.

Best Wishes to all

The Importance of Witnessing and Feeling in the Face of Tragedy

More than ever, many of us are looking for meaning in a culture where we are moving faster and connecting with each other less and less. The more things feel out of our control, the more we tend to tamp down emotions and not allow ourselves to witness or feel the devastating effects of our environments and the things going on around us.

After all, feeling the impact of the horrors of genocide, war, disaster, famine, or senseless acts of violence such as the…

The End of the World!

The end of the world has been happening for quite some time. Dreams from patients, family, friends, myself have signaled the passing of the old and coming of the new. Energy does not end, it transforms itself!

Transformation typically happens with turbulence and oftentimes a wish that, if possible, things could just stay the same. We're used to how things have been, familiar with the tried and true; but, sometimes what's been for a long time needs to pass on, and we need to let…

What Door Do You Wish To Open?

A new client whom I’ll call Alice came to me recently in a desperate financial situation. The work she'd been doing as a book editor had dried up over the past year, and she needed to find some other work quickly. She had decided to apply for a position as Project Manager at a non-profit. Her decision made rational sense—as a book editor she was already doing project management work, and the non-profit happened to be in the same field as the books she had edited. Rationally, it was a good…

The Dark Side of Religion!

The Dark Side of Religion