Sing sorrow, sorrow, but good win out in the end. – Aeschylus

As a mythologist (and sharing our common curiosity about these things), I felt responsible to watch several of the recent (November 2013) documentaries on the Kennedy’s and read much of the journalism on the subject that was published this month. On TV, pundits lined up to calmly and rationally discuss the major issues and then conclude, predictably, that we should all trust the dominant narratives of John F.…

Wow! I never realized that Kennedy and Vietnam was to your generation what Princess Diana and 9/11 is to ours. – A thirty-something

He was known in…

It's All Good, But Some Good is Gooder

There is a popular trend in the modern new age movement that is inclined to label some things as "spiritual", implying of course that other things are not "spiritual". Many seem to think that the word "spiritual" ought to be understood--believing that things like meditation, yoga, Depak Chopra and an assortment of trendy new age books, gurus and ancient secrets are "spiritual". I haven't really heard anyone clearly define what is not spiritual, but the general unspoken consensus seems…
Continue

I’d like to say that suffering has been on my mind lately, but I know better.  Suffering is always on my mind, I’m Jewish.  Inexorably drawn to it.  As a pattern analyst, I sit with people as they connect with and make meaning of pain and suffering, while at the same time, trying to interrupt the repetition that will keep them suffering the same fate.  I don’t deny their suffering or try to make it better, I cede to suffering its rightful place in the human…

A Brief Reflection on Climate Change

A Brief Reflection on Climate Change… 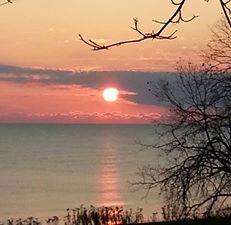 This is an excerpt from my new, but yet unpublished book, called "Lifting the Veil; Becoming Your Own Best Astrologer." Although some of the book deals with the grammar of…
Continue

Honoring the Ancestors: Part One

I shouted out, “Who killed the Kennedys?” When after all it was you and me.  – Mick Jagger

The Kennedy clan began to manipulate the media images of JFK and his immediate family long before his election and has continued to do so long after his death. Shortly after the Cuban Missile Crisis of October 1962, JFK, fully aware of both the political moment and the mythic implications, told a…

Soul, Holiday Haunting, and the Blues!

The holidays are coming, and so are the blues. They hit when everybody around us is so happy. All of a sudden a pit opens up inside you and you're there. Depressed.

A depressed soul is a haunted soul. James Hollis in his book, Hauntings: Dispelling the Ghosts Who Run Our Lives, notes that the greatest haunting we suffer is a lost relationship to soul. When the relationship to soul is lost something has crept into us and taken its place. Traumatic holidays,…

The trick question is meant to make people ponder a uniquely American situation. The idea of innocence lies at foundation of our national identity. It is as fundamental to…

Redemption Motifs in Myth and Fairytale

Redemption Motifs in Myth and Fairytale
by Charlyne Gelt, Ph.D.

Myths and symbols are in the language of the soul. A myth helps us to take a situation to heart and know what we must do.
– Jean Shinoda-Bolin, Crossing to Avalon, 1995

By exploring symbols buried deep within myths and fairytales, we get to look down Alice's rabbit hole at redemption motifs that help us learn what is relevant for change, healing, and transformation. Themes of descent and suffering… Continue

Dreams tell of the past, present, and future. This is frightening, to be able to peer into the nature of things with clarity. This is much more than looking through a glass darkly as the New Testament writer proclaimed. If we want to see, really and truly see, then we can see with startlingly acuity in our dreams!

Problem is, then change happens. Change inspired by dreams prompts intrapsychic and relational transformation. It might mean divorce or…