"The artist is not a person endowed with free will who seeks his own ends, but one who allows art to realize its purpose within him." ~ C.G. Jung

Join us online or on the phone October 3-17 for 3-week series as we explore the creative forces which shape a life! Sessions archived for later listening. Choose one or all.

The compulsion to create beckons us to pursue that which seems forever out of reach: the artistic embodiment of forces that cannot be embodied. Creative endeavors are a way in which we express the inexpressible, giving voice, form, and movement to the invisible currents which shape our souls.

While historically best illustrated in the realm of the arts and the world of artists, creativity is a catalyzing force which refuses to be contained within any one discipline. The creative often reveals itself as an inner stirring that won't let us rest until we have in some way given it expression in the outer world.  Suppression of this creative force can result in both psychological and physical sickness, yet it is this same creative impulse that is able to breathe life back into souls and psyches suffering from unspeakable trauma.

Jung, Neumann, and von Franz wrote extensively on the mystique and power of the creative as both a predictor of future shifts in the collective as well as a shaper of the individuation process occurring or wanting to emerge in the individual.  Jung wrote of the artist as being consumed or possessed by these creative forces which he attributed as flowing directly from the unconscious and in some way molding the individual artist into a symbolic vessel for collective humanity.  In many ways, while Jung espoused a scientific, analytical approach; his innovative research and creative approaches evidence the soul of an artist, of one who is consumed by their life's work and whose work carries a message for the collective, moving it forward into a new epoch.

In this 3-week series, we will take a multi-faceted look at the patterns of the creative unconscious and its impact on the individual psyche as well as its evidence within the collective.

Expressions of "The Wounded Healer Archetype " in the Creative Unconscious

The Exile and Ecstasy of the Creative Psyche

Bearing the Shadow, Bringing the Light:

Mary Magdalene and the Arts 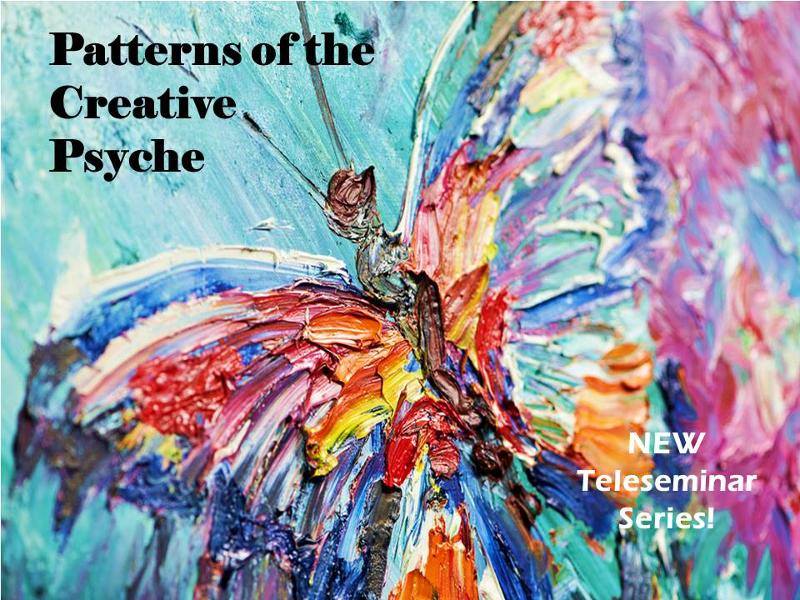 RSVP for 3-Week Teleseminar Series: Patterns of the Creative Psyche to add comments!